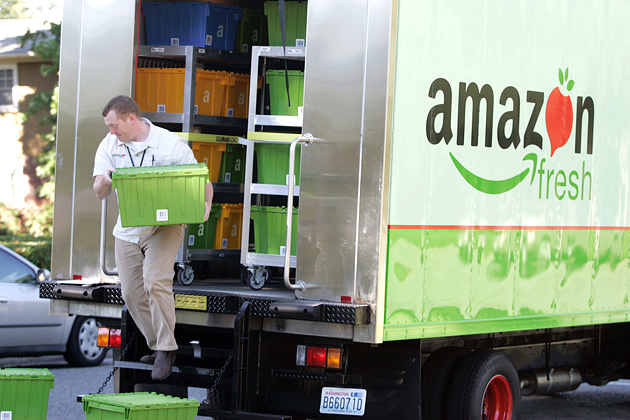 Because Improvonia lets restaurants place all of their orders to all of their suppliers in one click and then organizes those orders for each individual supplier, people always want to ask us if we’re “The Amazon of Restaurant Supply.” The truth is, while that moniker may sound very, very enticing in an investor deck, we are not even close to meeting that description and would be out of business in a heartbeat if we were.

Why? The problem is a focus on price comparison. Amazon is an online marketplace. It pits producer against producer in a race for lower prices and occasionally better reviews. We can argue all we want about whether that’s great for sellers, consumers or the planet in general, but you know who is not debating whether or not they want that platform in their industry? Restaurant suppliers. And it’s not just about prices hitting the floor, because in most cases, they’re already down there or hovering just above.

Suppliers, especially the larger “middlemen,” sometimes get a bad rap (as TJ Murphy of Baldor laid out in his Baldor Internet of Food), but often they’re walking a tightrope between getting the job done for their clients and doing right by their producers. The last thing they need is for a system to start encouraging “spreadsheet buying.” They know that this is an industry built on relationships and that anything that tries to circumvent those relationships entirely is bad for business.

They’re right because this spreadsheet buying is the exact same race-to-the-bottom kind of behavior that has led to the issues everyone decries in the current food system. If chefs want better food on their plates, they have to continue to foster strong relationships with their suppliers, large and small. They don’t have to go full Portlandia-style and ghostwrite the pork loin’s memoir of life on the farm, but they do need to know their vendors well enough to be confident that whatever standard they want to hold their menus to is being met. Likewise, farmers and wholesalers trying to meet those standards need at least a modicum of security, as well as an understanding that they won’t lose a week’s worth of business just because their tomatoes are up a cent or two this harvest.

So if not a price-comparison marketplace, what? The Amazon version may not be happening, but online ordering is certainly coming to restaurant supply, and in many cases it’s already here. There is no way around it. Ten voicemails and five emails a night is just not going to last as an ordering method. And therein lies the rub: it’s all about communication. If there’s one place where tech can add value for restaurants, suppliers, and the food system as a whole, it’s in communication. One can put all of a restaurant’s suppliers on one platform, it just has to be a platform that’s built around each restaurant’s relationships to those individual suppliers.

Improvonia is an entirely new breed of online/mobile ordering. It is powered by features like real-time messaging for sales reps and restaurants, customizable price sheets and order guides and an ordering interface that eschews price comparison. Instead, it focuses on established relationships and known standards like those provided by partners like the Organic Trade Association. Improvonia is new, but it’s being adopted at an astonishing rate throughout the industry (orders increased by 300% in January 2015 and total orders to date doubled in both February and March).

With Improvonia, we see that when suppliers realize that they can offer their clients online ordering without sacrificing their ability to both make a healthy profit for themselves and do right by their producers (and by extension the restaurants they serve) they sign up faster than checkout via Amazon Prime. Offer them a chance to play a game of pennies with their competitors though, and they will politely, but firmly, refuse. I don’t blame them.

Five Reasons Why Education is Essential in the United States

ABOUT US
FoodFindsAsia.com is a collation of content to help grow your food business. If you're a foodie, you'll find tons of resources for you here, too. Should you want to contribute content, drop us an email.
Contact us: email@foodfindsasia.com
FOLLOW US
Copyright © Heartshaper Asia. All Rights Reserved 2016.
MORE STORIES
Sales & Marketing

How to Join Bazaars and Promote Your Products

ISCAHM Takes It All at the Philippine Culinary Cup 2015