Home Education Which Social Media Is More Popular And Why? 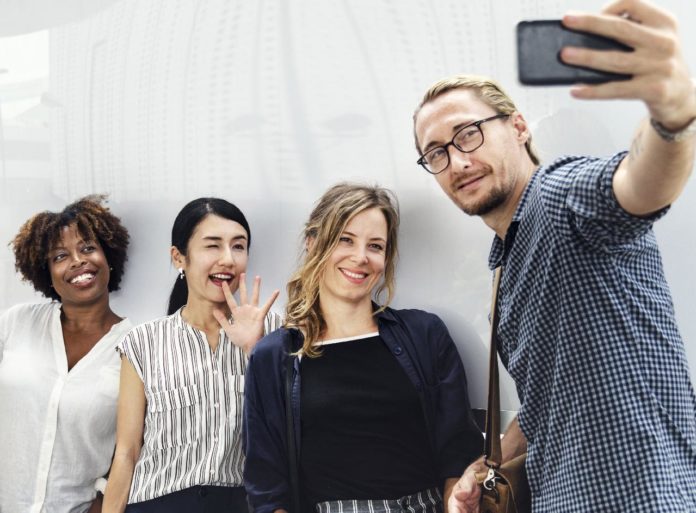 Which Social Media Is More Popular And Why? Each social media channel is fighting out hard to be on top. But, only one can stay at the helm who knows the field in and out, which is Facebook.

The importance of social media, which is an ever-growing platform, is the same both for consumers and marketers. Concerning the consumers, 43% say that they keep posting and sharing more content on their social media handles to stay in touch and communicate with their friends and family. Simply scrolling through random content on social media pages is not what they do now.

Whereas marketers are concerned, their dependency on social media for widespread marketing has outgrown the expectations because of the positive and phenomenal feedback in recent times. Companies are constantly looking for the newest social media statistics that could help them shape their existing and future strategies.

All the leading social media channels support multiple languages to help people hailing from different geographical areas, cultures, or traditions come closer and stay connected with their loved ones even if they are miles apart. Social media is now estimated to have a 3.8 billion user base worldwide, expected to grow with the surge in mobile device usage and deployment of social media networks in the digital marketing world.

Top social media sites, like Facebook, Instagram, Whatsapp, Reddit, Snapchat, and several others, have made entertainment exciting and new learning and have benefited the marketing world considerably. Social media has given a name and identity to creators. Their creativity also witnessed in the online marketing campaigns where marketers have the leverage to play with words and infographics, has taken a prominent position.

So, with the modern world depending more on social media, let us see which is the most popular social media channel that has garnered more active users and the others.

The Most Popular Social Media Site Reigning The Digital World

Today, social media has to shred its identity of just being a chatting platform and has become a powerful means to build a business. Almost all the social media channels are essential in some of the other manners, helping people derive entertainment and grow business through it. But, one such social media platform completely redefined the social media universe and let other sites come up with more such platforms. Facebook is the most popular social media site that has never stopped connecting people worldwide quickly and easily.

Facebook became the first social networking site to cross 1 billion registered accounts and currently has over 2.74 billion monthly active users (January 2021). With its growing popularity, Facebook was also able to write a tremendous growth in its value, which helped it take over two other biggest social media platforms, namely Whatsapp and Instagram, each having more than 1 billion monthly active users. Apart from Facebook, the Mark Zuckerburg company also developed the Facebook Messenger application, known as Facebook Chat.

Why Is Facebook The Most Popular Social Media Site?

Facebook has registered a year-over-year increase of 12 % in usage, despite the decrease in its usage percentage amongst teens and millennials. In 2021, if Facebook were a country, it would be the country with the highest population.

Marketers who are aiming to make social media their primary platform for marketing should get the best out of Facebook, by

Compared to Facebook, no other social media platform can offer exposure to the business as Facebook does. Let us get some facts checked that made Facebook the most popular social media.

Over 90 million small businesses use Facebook and benefit from the social media site’s services, like Groups, Pages, and Messenger. Video content on FB has the highest engagement rate, even when it makes only 3% of the content. Among U.S. marketers, FB is still the most popular social networking channel in the social media marketing world, with 87.1% of U.S. marketers using Facebook Marketing in 2020.

18.3% of U.S. social media users made purchases from FB, making Instagram slip to a position down with 11.1%. Facebook posts have an average organic reach of 5.5%, while an average engagement rate for its posts is 3.6%. An advertising audience on FB is 2.14 billion, with 47% of total FB Ads’ revenue coming from Canada and the U.S.

I’m sure the above facts are fascinating and quite unbelievable for you. But it is accurate as it has made Com.Facebook.orca the most popular social networking site among tough competitors, like Instagram, Snapchat, YouTube, and many more. Keep looking around here for updates because you never know when the tables could turn.

Sofia Kelly is a passionate blogger. She loves to share her thoughts, ideas and experiences with the world through blogging. Sofia Kelly is associated with SB Newsroom, Emblem Wealth, The Legal Guides, Gossipment, Global Business Diary, Lawyers Note & Money Outlined.

ABOUT US
FoodFindsAsia.com is a collation of content to help grow your food business. If you're a foodie, you'll find tons of resources for you here, too. Should you want to contribute content, drop us an email.
Contact us: email@foodfindsasia.com
FOLLOW US
Copyright © Heartshaper Asia. All Rights Reserved 2016.
MORE STORIES
How-To

7 Essential Elements to Incorporate in your next YouTube video