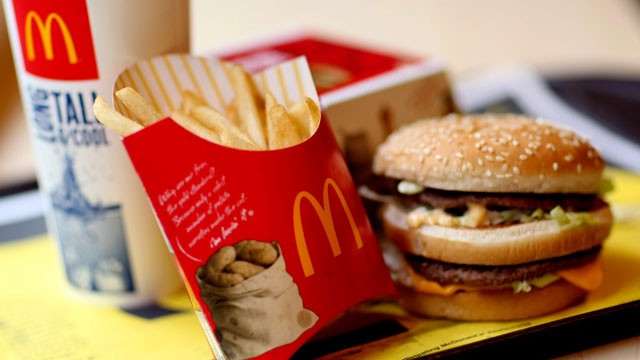 Is there a more storied rise up one company’s corporate ranks in recent years than that of Don Thompson? Raised in a rough Chicago neighborhood, the Purdue engineering graduate started out designing control circuits for french fry cookers at McDonald’s.

The robotics whiz, noted for his “rare mix of social prowess and sophisticated mathematical skills”, was promoted repeatedly until 2012, when he made history as the first African-American CEO of the world’s largest fast food company.

His appointment came at a precarious time for McDonald’s, plagued by lousy sales and new competition from fast-casual chains like Chipotle and better-burger brands including Shake Shack.

The company’s results only worsened during Thompson’s two years at the helm. The last straw: McDonald’s first quarter earnings, released January 23, revealing the first drop in same-store sales since 2002.

The company’s results only worsened during Thompson’s two years at the helm. The last straw: McDonald’s first quarter earnings, released January 23, revealing the first drop in same-store sales since 2002.

Analysts covering McDonald’s have conveyed mixed feelings on the ousting.

“The list of mistakes by Thompson are long,” said Brian Sozzi, CEO and chief equities strategist at Belus Capital Advisors, who blames Thompson’s failure to turn around the fast food giant partly on his 25 year tenure at the company.

“In his eyes, McDonald’s was still mighty, and could overcome the global movement to healthier food and ingredient knowledge by running some new marketing or adding items to the dollar menu,” he said.

Jack Russo, a senior analyst at Edward Jones , dates the start of McDonald’s decline to about 2010, before Thompson took charge. It was then, he says, that the menu started getting stale and innovation dried up.

“If there is blame it goes to the whole team,” he said. “It’s easiest to get rid of the coach. Shareholders and franchisees have been voicing their concerns. The stock hasn’t been going up. It comes to the point where you just have to replace the top leadership.”

Baird analyst David Tarantino agrees. “I think some of the issues occurred before he started,” he said. “McDonald’s is such a huge system globally. It’s beyond the U.S. Once the business decelerates, it’s a big ship to have to turn.”

Thompson and his team had started trying to right that ship: in December, the company announced it would be eliminating items on a menu that had become cluttered and confusing.

The move came too late for Thompson to keep his job, but analyst consensus seems to be that new CEO Easterbrook’s first priority should be to continue the work of simplifying McDonald’s offering.

“There’s a little bit of getting back to basics: speed, convenience and dependability,” said Tarantino. “One of the issues in the U.S. is that the menu had gotten too broad and too complex even for consumers to understand, and certainly to execute.”

A smaller menu will hopefully translate to speedier drive-thru transactions and more sales, as Russo explained.

“The drive-thru is 70% of McDonald’s business,” he said. “With too many menu items, it became too slow. The wraps proved too difficult to make.”

As well as eliminating wraps from its menu, McDonald’s will soon introduce custom burgers in an effort to compete with Shake Shack, Five Guys, In-N-Out and their ilk: upscale fast food chains stealing market share from the Golden Arches.

Customers will be able to add guacamole, applewood-smoked bacon, grilled mushrooms and a host of other toppings to their orders. This effort will involve an $100,000 investment per McDonald’s restaurant and won’t be available at the drive-thru window.

To Sozzi, a streamlined drive-thru menu and better-burger additions are laudable initiatives, but come about three years too late.

“What McDonald’s needed to identify as soon as Thompson took over in 2012 were the deep, fundamental changes that had to be made,” he said.  “Only today we are getting the changes, very slowly.”

How To Celebrate Safely In The Midst Of This Global Crisis

Bring Back Customers: Things to Keep in Mind While Designing A Small Business Cafe

ABOUT US
FoodFindsAsia.com is a collation of content to help grow your food business. If you're a foodie, you'll find tons of resources for you here, too. Should you want to contribute content, drop us an email.
Contact us: email@foodfindsasia.com
FOLLOW US
Copyright © Heartshaper Asia. All Rights Reserved 2016.
MORE STORIES
People Food & Places

Why Independent Restaurants Have a Distinct Advantage Over Chains