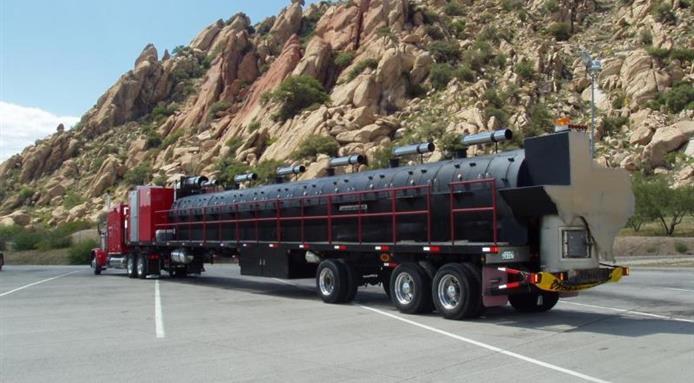 by Peter Basildon, via FDL |

We’ve all been there – the sun is shining, you throw the BBQ, everyone – plus their friends – turns up and as you desperately move the sausage around the BBQ you realize you just don’t have enough space to do the job.

Not a problem when it comes to this next BBQ, in fact you could invite your friends, their friends and plus the weird family on the end of the street and still have enough room to cook for, let’s say, a small country.

That’s because what you see above is one of the the world’s biggest BBQs and it can cook, wait for it, 4 tonnes of meat at the same time.

It has 24 doors, weighs 40-tonnes and is transported by its owners on the back of a truck. It’s been named the ‘Undisputable Cuz’ and if you’re drooling at the prospect of the mighty parties you could throw with this bad boy, you might be happy to hear the Texas couple who own the BBQ are selling it.

Start Planning Your Gastronomic Getaway in Phuket or Koh Samui

ABOUT US
FoodFindsAsia.com is a collation of content to help grow your food business. If you're a foodie, you'll find tons of resources for you here, too. Should you want to contribute content, drop us an email.
Contact us: email@foodfindsasia.com
FOLLOW US
Copyright © Heartshaper Asia. All Rights Reserved 2016.
MORE STORIES
Money