Home Features The Rise in Popularity of Organic Ice Cream 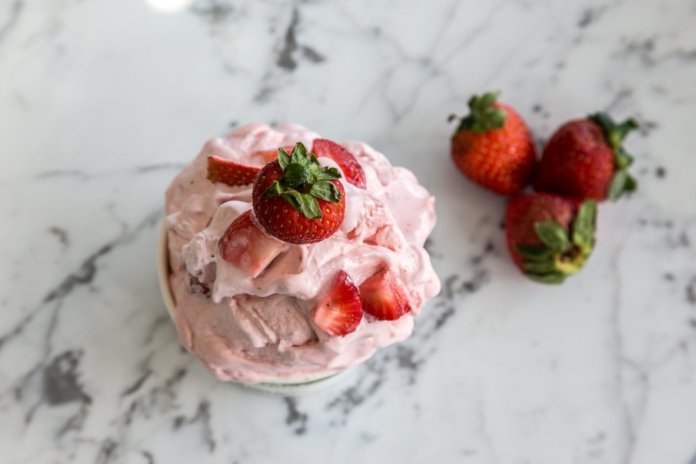 In the recent past, everyone’s favourite snack on a sunny afternoon has earned the reputation of being a sweetener-loaded, nutrition-less indulgence. As a result, ice cream manufacturers are responding to a rise in healthy eating perceptions and diet mindfulness. The result is a nutrient-rich, artificial sweetener-free ice cream, that is, organic ice cream.

Organic ice cream is so popular that its global market is estimated to pass the ten billion-dollar mark by 2024. In addition to the demand created by an increasingly health-conscious population, the rise of organic ice cream is also being aided by the introduction of new flavours and technological development in ice cream production and refrigerated transport systems.

What is Organic Ice Cream?

Depending on who you’re talking to, organic ice cream can mean many things, but the bottom-line is it’s manufactured with organic methods.

First, let’s consider the scenario in which organic milk is used instead of regular milk. Organic milk comes from cows that receive at least 30% of their diet from pasture, as well as cows that haven’t been treated with antibiotics or hormones.

Ice cream made from organic milk is nutrient-dense and ensures you get all the benefits of milk when you consume it. It’s also completely safe.

Ice cream that is free of artificial colours, processed sweeteners and corn syrup is also organic. Some marketers have even introduced ice cream that is lactose-free and gluten-free.

Why Has Organic Ice Cream Become So Popular?

Organic ice cream offers much more than a way to cool off in summer. It’s more nutrient-packed, tastier and healthier than conventional ice cream. Since people are more conscious of what they eat nowadays, they are gravitating towards ice cream that has more to offer. Organic ice cream is becoming popular because:

Like we’ve noted above, organic ice cream is produced using organically obtained ingredients. This, of course, starts with organic milk, the main ingredient, natural preservatives and flavours. Not only are organic products safer, but they also score better on the nutrition credential.

Unlike regular ice cream, organic ice cream is not made with ingredients obtained with non-natural methods. Even if not intentionally, normal ice cream ends up with food additives which are unsuitable to our bodies, like:

With organic ice cream, however, what you see on the ingredients label is exactly what you are getting.

Because it’s made from milk obtained from cows that graze naturally, organic ice cream is fortified with more omega-3 fats which provide a wide range of health benefits such as promoting eye, brain, and heart health, reducing asthma in children and a host of other benefits.

Organic ice cream is packed with natural goodness that is lacking in normal ice cream because of the artificial additives that obscure the natural taste.

With environmental safety being on the spotlight more than ever, consumers are moving towards products whose manufacturing does not add to the CO2 footprint. The conventional ice cream making process and materials add a lot of carbon dioxide to the atmosphere, unlike organic ice cream whose ingredients are all-natural.

With increased diet consciousness and the better nutritional and flavour credentials of organic ice cream, it looks as if the product may be the go-to option for even more ice cream lovers in the near future. After all, it’s healthier, doesn’t compromise on taste, and it’s better for the environment!

When Super Dads Hang Their Capes, Food and Drinks are Always...