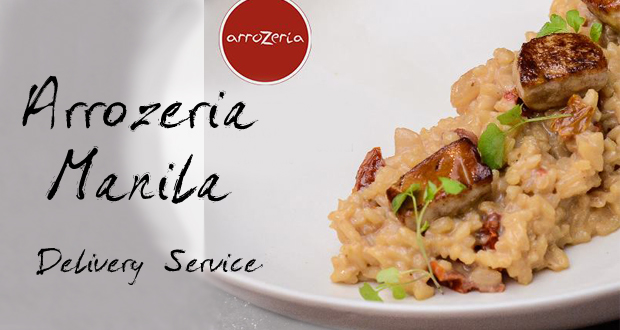 Arrozeria Manila, the city’s first and only Spanish arroceria (a restaurant that specializes in rice) has announced that their delivery service is now fully-operational. Manila foodies who wish to avoid traffic and drive to Arrozeria restaurants in Century City Mall Makati and Bonifacio High Street in Taguig may simply call Arrozeria’s delivery hotline number (02) 212-1212 or (920) 974-4742 to enjoy authentic paella and make it the culinary highlight of their celebrations at home, or for their special occasions at school or at the office.

Arrozeria Manila opened its doors in January 2015 and has since received general acclaim from media and the dining public for its adherence to classic preparation of paella under the watchful eye of popular Spanish chefs.

Arrozeria Manila branches are located on the 4th floor of Century City Mall in Makati City, and at the Ground Floor of Bonifacio High Street Central, in Taguig City.

Special Dining Offerings at Cravings and The Blackboard

Healthy Menu and Power Ingredients at Kitchen 1B