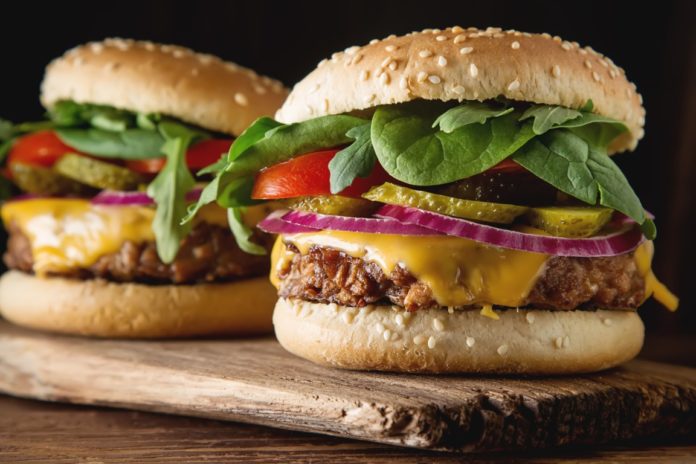 FoodfindsAsia.com | The Benefits of Wheat Protein | Health-conscious consumers have been encouraging the development of healthier eating options across the globe for a number of years and this has been accelerated by growing environmental and ethical concerns. In Asia, there has been a surge in the demand for plant-based proteins. More and more consumers choose to follow a meat-reduced or meat-free diet, which they believe is a way to improve their health. As a result, new meat substitute launches are predicted to have a Compound annual growth rate (CAGR) of 12% over the next five years.

With savoury dishes among the top five product categories for vegan and vegetarian claims, it presents an opportunity for food manufacturers to make the most of this trend by offering improved taste and texture profiles in vegetarian recipes with textured wheat protein – one of BENEO’s most recent ingredient developments.

What is driving plant protein popularity?

The uptake of meat alternatives is being driven by a range of factors, including consumer concerns about health, animal welfare, the environment and cost. The result has been a shift in allegiance from meat-based protein to plant-based protein, with meat substitutes beginning to show up in menus of food chains across Asia. Globally, vegetarian claims on total food and drink products have also been increasing and the prepared meals segment is now also joining the trend. Many consumers perceive plant proteins as natural, healthy ingredients, with the specific benefits of being rich in vitamins and low in cholesterol and saturated fats. Due to this, the market for meat substitutes continues to grow in all regions.

One in three respondents to a recent consumer survey by FMCG Gurus on behalf of BENEO say that they now see themselves as flexitarian (flexible vegetarian) and are trying to reduce their meat intake. The survey also confirms earlier trends data that has shown that the consumption of meat appears to decrease with age; with 37% of over 55’s globally saying that they are now flexitarian and with younger consumers increasingly favouring vegetarian or vegan diets. Importantly, a quarter of consumers are also willing to pay a premium for plant-based products. As a result, plant proteins are well placed to make the most of this growing consumer demand for meat-free alternatives.

The rise of wheat protein

Although plant proteins such as pea, rice and canola are making their presence felt, in 2019, wheat protein has grown to become the most used plant-based protein in new meat alternative product launches. The popularity of wheat proteins is, in part, due to the fact that it is particularly well suited to creating new nutritious and tasty plant-based food concepts.

Wheat proteins not only help meet protein needs but are also low in fat. It is also recognised to be lower in taste than other well-known plant-based protein sources. As such, wheat-based protein is one of the most promising meat substitutes for meat-free burgers, nuggets, and vegetarian sausages. Following consumer research, BENEO found that wheat protein is also very positively received in terms of its perception, with 53% of survey respondents saying that ‘wheat protein’ ‘sounds (very) natural’ and another 50% saying ‘it sounds (very) healthy’.

Despite the various benefits of plant-based proteins, such as health and sustainability, there are still certain barriers to the mass take-up of meat substitutes. These include consumer perceptions surrounding taste and the growing cost of meat alternatives. Texture and, in particular, flavour remain a major issue for consumers. In fact, many consumers believe that vegetarian meals taste bland, while 42% do not like the taste of meat substitutes. Until recently, the taste of plant proteins has had a limiting effect on their appeal. However, thanks to increasing efforts in new product development, companies such as BENEO have now developed high quality plant protein ingredients with a neutral taste and other technical benefits that challenge animal proteins in terms of both taste and texture.

The unique neutral taste of BeneoPro W-Tex (textured wheat protein), in combination with its other technical benefits, enables the creation of meat-free products with a stable texture and fibrous structure. It can be easily flavoured with a variety of tastes, herbs and spices, making it a flexible meat substitute.

BENEO’s textured wheat protein is made from wheat gluten and flour. Its protein content amounts to a minimum of 65% on a dry matter basis. An outstanding source of protein, BeneoPro W-Tex has a unique alveolar structure that allows the development of meat-like juicy texture. It also takes only 15 minutes to obtain maximum hydration capacity, eradicating the need for long soaking and making it convenient for production. In combination with its good compaction ability, BeneoPro W-Tex can achieve excellent shaping in products, without the need for additional gums or artificial binders, key for the formulation of clean label recipes.

With consumer demand continuing to drive new plant-based product development in Asia, the opportunities for manufacturers prepared to embrace this trend are vast. Long gone are the days of sawdust tasting, bland meat-alternatives and thanks to the work of functional ingredients manufacturers such as BENEO, textured wheat protein offers today’s food producers a wide range of exciting, meat-alternative recipe development opportunities.

Blood Pressure is a Silent Killer

3 Ways to Dish Out the Perfect Dinner In Last Minute...