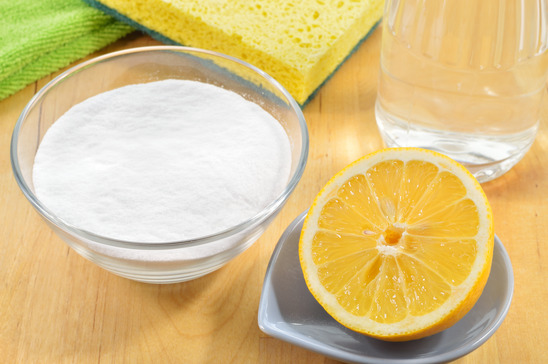 by Lizette Barretto-Gueco, via FoodfindsAsia.com |

How could an ordinary, everyday kitchen item be packed with so much benefits and uses? Who would have known that something we take for granted can be such a winner?

Lately, baking soda and its usefulness have been the topic in many get- together’s with family and friends.  Suddenly, this kitchen staple has become a superstar when it comes to finding a home remedy for one problem or another.  What exactly is baking soda?

Baking soda or Sodium bicarbonate is primarily used in baking.  It is a leavening agent, which reacts with acidic ingredients in the batter and releases carbon dioxide, which in turn makes the cake or bread expand during the baking or cooking process. This explains the fluffy, fat pancakes and tall cakes.  It also has been used for cleaning stuff, among other things, way, way before our time

The ancient Egyptians were the first ones to use it as a cleaning agent in it’s mineral form called natron.

They also used it as an ingredient in their mummifying solution.

The baking soda of today as we know it, in it’s crystalline powder form was first developed by French chemist Nicolas Leblanc in 1791.  In the 1800’s, it became widely used in the United States when Austin Church and John Dwight opened a factory in New York to manufacture Baking soda. This was the beginning of the Arm and Hammer brand.  It became popular as it made baking breads and cakes easier.  In 1972, baking soda gained more accolades as it was used for neutralizing odors.  This was around the time my Mom replaced the charcoal in the fridge for an opened box of Arm and Hammer to absorb food odors. To date, people still do this. I, for one, always have a box in my fridge.

As a baker, it has never been missing in my kitchen. I always had at least one orange box of Arm and Hammer in my pantry. But since I’ve learned of the many uses, and continue to learn something new daily, I now buy it by the kilo and make sure I never run out.  It is inexpensive and environment friendly which makes it a really good thing. I now have jars in my pantry, in all the bathrooms, in my laundry room and my medicine cabinet.  I even bring a small container when I travel. The wonders of this everyday ingredient never cease to amaze me.

It is comforting to know that there are still simple remedies and solutions to everyday problems. Sometimes, even out of the ordinary problems. These days, if it is not natural or organic, chances are it is bad for you.  Most chemicals and other harmful stuff that are added to our food and products that we use around the house and on our own person, are potentially dangerous to our health.  Though, for some it may not be realistic to shift to an all natural way of living, a small step in the right direction may later on bring more benefit and minimize damage in our lives.

Baking soda is one of those simple yet powerful things that we take for granted and can actually make a big difference in the way that we live. This always available cake ingredient has given me so many a- ha moments that I decided to make a list of my tried and tested baking soda solutions to share with my readers. So here goes;

– Put a tsp in boiling water to cook hard-boiled eggs. Makes it easier to peel the shells from the cooked egg

– To clean silver. In a shallow dish or kitchen sink, line bottom with aluminum foil. Fill with hot water. Add a tbsp of baking soda and some salt.  Submerge tarnished silverware and watch it shine before your eyes

– As an all around cleaner. In a spray bottle filled halfway with water, add 2 tsps dishwashing liquid, baking soda and a tbsp of white vinegar. Shake and spray on greasy countertops, oven, small, appliances and even glass tabletops.

– As a stain remover.  Make a paste out of baking soda, hydrogen peroxide and some water.  Apply to stain.  I usually apply it to yellowed underarm stains caused by deodorant. Let it stay for a few hours then wash as usual.

– Use a solution of white vinegar, baking soda and water to clean between tiles, sink and toilet bowl instead of harmful cleaners.

– Use the same solution to clean mirrors and glass shower enclosures.

– To whiten teeth, mix a tsp of baking soda and a tsp of hydrogen peroxide with a bit of your toothpaste and brush away. Do this 2x a week

– Use as shampoo to eliminate product build up.  Mix 1 tbsp baking soda and 1 cup of water. Pour on your hair and massage onto scalp. Rinse out with water then rinse again with 1 tbsp apple cider vinegar and I cup water.

– Apply directly to canker or cold sores. It will sting like crazy for a while but it does work .

– As a flu and cold remedy, mix 1 tsp baking soda to a glass of water and take in the morning at the onset of the flu or cold

I have read somewhere that baking soda is also being used to treat cancer in some cases. How cool is that? It might have made a difference if we had known about this earlier while Mom was battling the big C. I hope that someday it becomes the mainstream treatment rather than chemotherapy and radiation.

When I was thinking of a recipe to combine with this article, the only one that popped into my mind, larger than life was my super fluffy banana pancake recipe. Baking soda and baking powder are the ingredients that make it tall and fluffy. By the way, there is a scientific  difference between baking powder and baking soda.  They are both Sodium bicarbonate but baking soda has no acid in it while baking powder is a combination of cornstarch and acid powder.  It does matter when baking.

Mix vinegar with the milk and leave for a few minutes to sour it.

Add sugar then mix in the eggs, coconut oil and the soured milk.

Fold in the chocolate chips .

Heat frying pan or griddle and add a little butter

Scoop about a half cup of the batter and pour on the hot griddle or pan.

Wait till it bubbles then add banana slices before flipping it over.

Serve with butter and syrup.

Lizette Barretto Gueco is a regular columnist at FoodFindsAsia.com.  She writes about her life’s passions which are family, home, food, relationships and how they fit in perfectly in her scheme of things and in the circle of life.

Lizette is now a busy home based mom after working in marketing and the travel industry for some time. She also ventured into jewelry design while she was a partner at a prestigious jewelry store at Greenbelt 5. Aside from juggling family schedules and managing the home, she also finds time to bake and sell her sweet offerings from her home as well as indulge in her other hobbies like jewelry making and arts and crafts.  She is an amateur filmmaker, traveler, foodie, dreamer and lover of life.

Lizette is a graduate of AB Communication arts from the Ateneo de Manila University.  You can email her at lizbgueco@gmail.com

Why taking Road Trips refreshes the Mind and Spirit