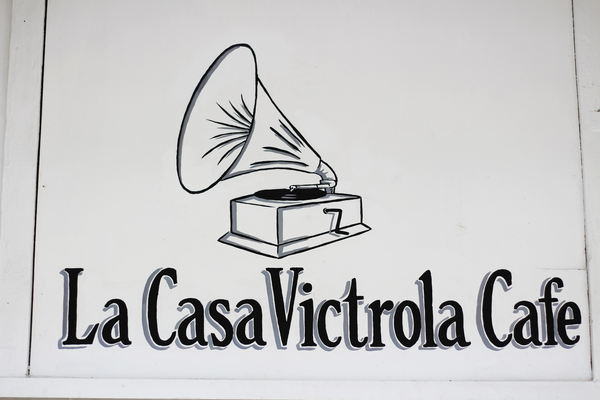 The heritage town of Taal holds many wonders. Aside from being the home of Asia’s biggest basilica – Basilica of Saint Martin of Tours – it also houses some of the most delicious delicacies the Philippines can be proud of. Thus, it is not surprising that there are cafes that will serve you mouth-watering dishes in every bite.

In the heart of Taal is a newly-opened cafe that serves everyday dishes at affordable prices. This humble cafe is owned by Chef Earl Salazar, a fresh graduate of De La Salle University Lipa, and Prof. Rogie Reyes, professor at De La Salle – College of Saint Benilde. La Casa Victrola Cafe is brainchild of Chef Earl who wanted to have his own business after leaving the one he had before. Luckily, Prof. Rogie also wanted to have a cafe which serves customers a Taal food adventure worth the visit, resulting to the birth of a great partnership. 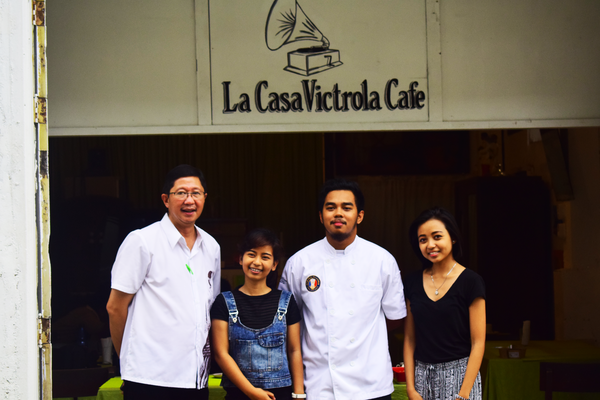 When we say the La Casa Victrola Cafe offers Taal authenticity, we mean it. As a welcome to our visit, we were served with one of Taal’s famous delicacy which is popular all over the province, Taal’s suman. Unlike any other rice cakes, that are sweeter, this suman is often times dipped into Taal’s very own tsokolate (melted tablea). And what’s the better way to enjoy Taal’s sweet suman is to eat it in the traditional way? You can ask the people at the cafe to teach you how. If you are lucky enough to catch Prof. Rogie in the cafe, you can request a brief tutorial on how to open your suman. 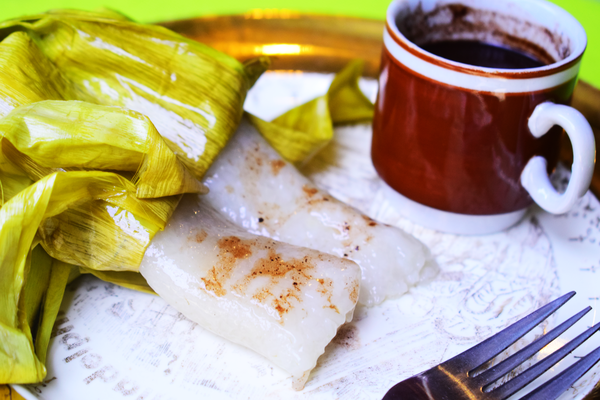 Our Taal visit will not be memorable if we ignore the delicious food the town offers. We ordered the cafe’s Tapsilog (P75) which featured the famous Tapang Taal. The tapa was marinated in the traditional Taal way, sided with delish achara from Calaca, Batangas. 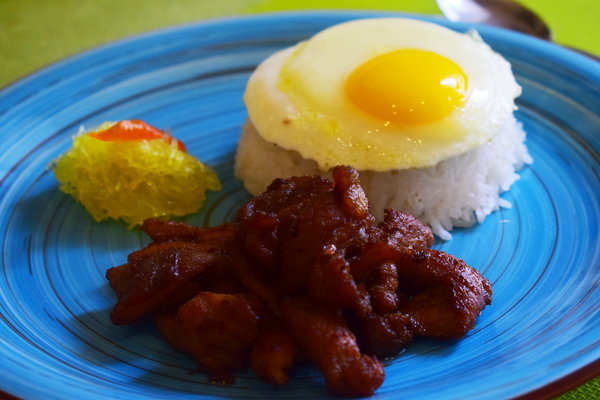 Not only does the cafe serves Taal’s original treats but also some of the famous dishes outside the country. Japanese food is also in their menu which surprised us. Their Tonkatsu (P100) was cooked into perfection. The crispiness of the dish can be felt in every bite. We guessed it was the bread crumbs fried deeply that made it so delectable. 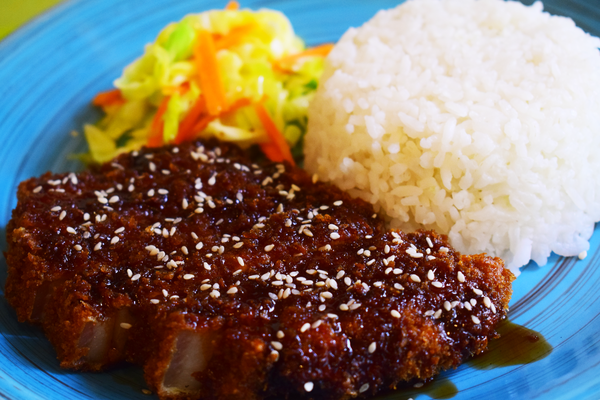 We also tried their flavorful Chao Fan Victrola (P150) which is good for four people. Unlike your regular fast food Chao Fan, it wasn’t dry; it had lots of different ingredients; and it wasn’t salty at all. If you are not a fan of big rice servings, you can always try some of their rice meals which are all in affordable prices. 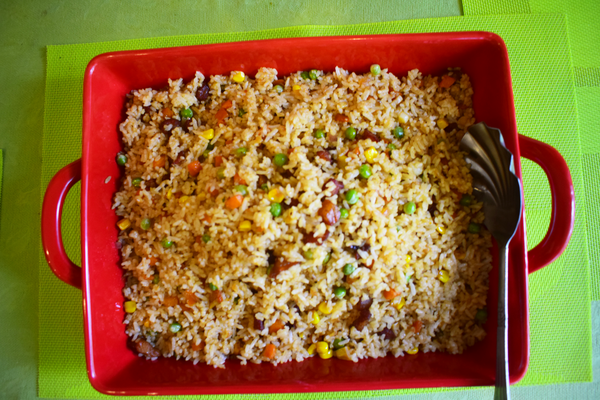 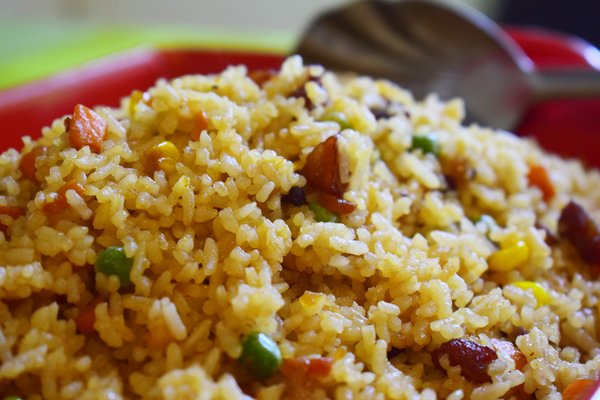 Over dinner, we have been given the chance to talk to Chef Earl. He told us that he really wanted to do pastries and that is really his specialty. Fortunately, we got to try his special Yema Cake (P40). The cake was soft and really moist. It is not that sweet which is why you won’t easily get tired of it. 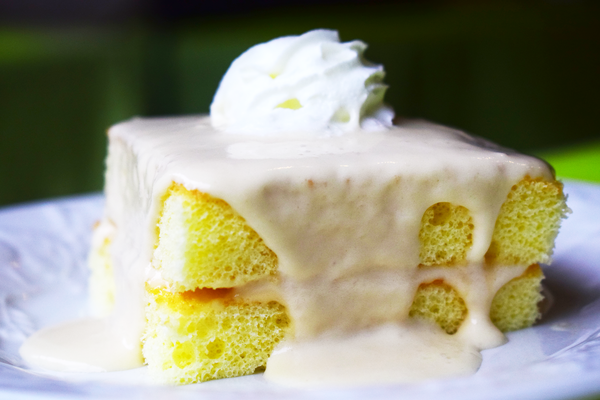 To complete our dinner, we had three different drinks – Matcha Frappuccino (P90); Vanilla Frappucino (P85), and their very own coffee flavored frappe combined with vanilla bean, cinnamon, and white chocolate. Above the three, it was their Matcha Frappe I simply adored. It was sweet which resembles the sweetness of matcha Filipinos love. 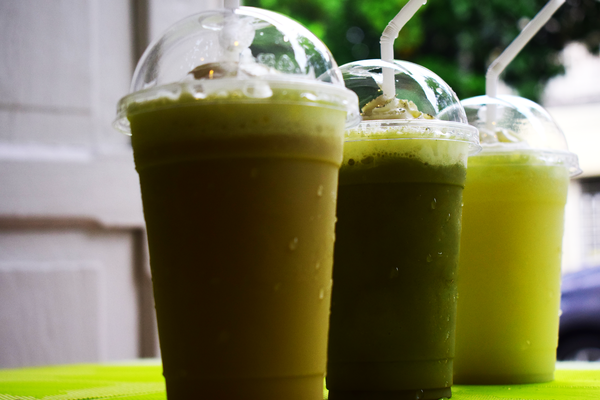 La Casa Victrola Cafe is not just your everyday cafe bringing you sumptuous meals. Being one of the original old houses in Taal, it also offers a place where you can stay while enjoying the majestic town of Taal. The cafe is a perfect place to dine in and rest because of its close proximity to some of Taal’s most popular tourist spots.

On your next journey to Taal, bring your family and friends over La Casa Victrola Cafe and get a taste with what Taal can offer – not only with the place, but with their food as well.