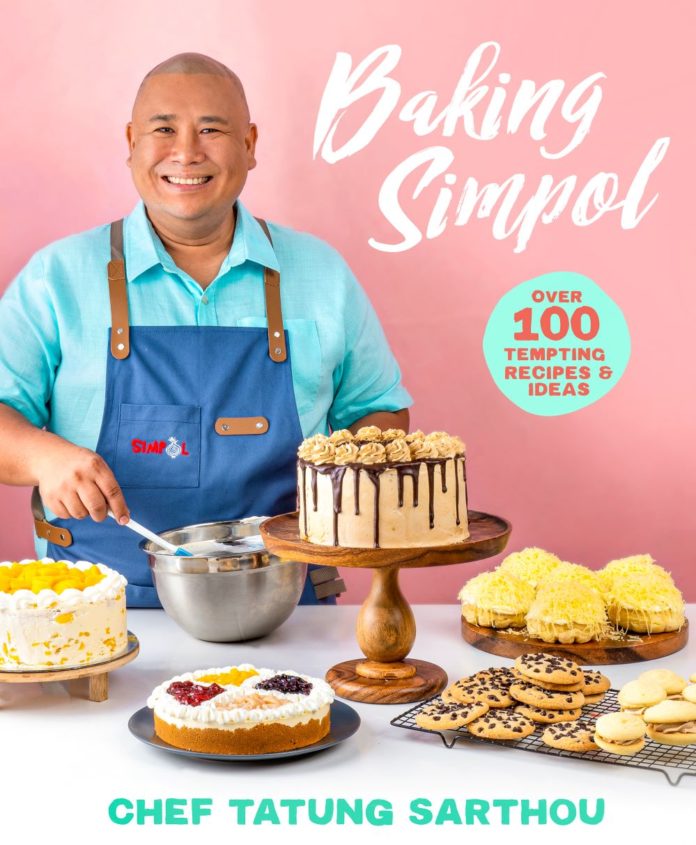 FoodFindsAsia | Simpol cookbooks available in National Bookstore this March | For the first time ever, the best-selling cookbook series by celebrity chef Myke  “Tatung” Sarthou, will soon be available in physical stores. The three “Simpol” books will  hit the shelves of National Bookstore branches beginning this March. The Philippines’  largest bookstore chain will now include the award-winning Simpol: The Cookbook, its  follow-up Simpol Kitchen Secrets, and the latest Baking Simpol among its titles.

“Now, cooking is not only simple. It’s more accessible, too, thanks to this  pioneering partnership between National Bookstore and Vertikal Books,” says Tatung.  “I’m excited to reach more home cooks by moving beyond our online channels.

Restaurateur Chef Tatung published Simpol: The Cookbook in 2020 following his  successful foray into online content creation. The combined followers of his social  media channels are now near two million subscribers. His latest authored works,  published by Vertikal Books, were also exclusively available before on e-commerce  platforms.

Tatung’s books feature his mastery of multimedia production which makes for a  unique reading experience. Published recipes include QR codes that lead readers to  online videos showing actual step-by-step demonstrations. His unique approach to  recipe-writing, which divides ingredients and procedures into manageable sets, also makes for a fool-proof application.

In-store retail is only the first of Tatung’s planned excursions to offline  touchpoints. He will soon be touring malls for live cooking, autograph signing, and face to-face interactions with his readers.

Vertikal Books is a boutique press specializing in the creative nonfiction genre,  specifically culinary content. Chef Tatung’s previous works have won the prestigious  World Gourmand Awards in Paris, France, and have also been featured in the Germany-based Frankfurt Book Fair, one of the largest and oldest trade fairs for books  and content in the world.

How Can Salt Lamps Help to Create a Healthy Environment for...

Love Coffee? Here’s How You Can Enhance Your Experience