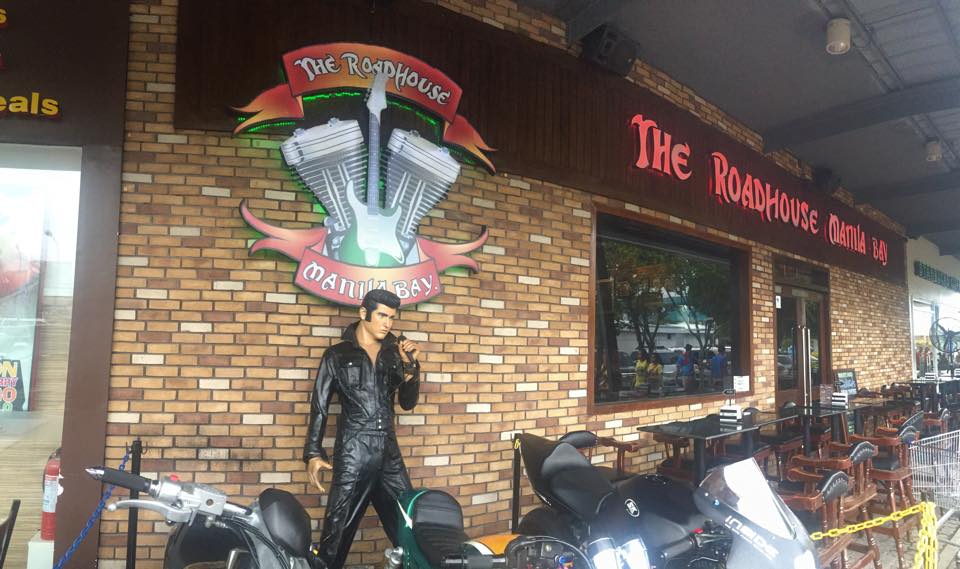 How do you define a total dining experience?  Is it because of terrific ambiance, soothing sound playing in the air or the mouth-watering food on the table?  Totally, Roadhouse Manila Bay has these and more that’s why it’s a must place to visit in Manila.  Let’s find out how this tavern style hangout that any food, music, and even motorbike lover can chill you out from hustle and bustle of the metro.

The Roadhouse is situated along Sunset Boulevard near Giant Ferris Wheel in Mall of Asia. It is owned by passionate entrepreneur Ciaran Carruthers who’s also fond of motorbikes and guitars.  Carruthers is an Irishman with obvious superb taste in how to combine various elements into one, thus customers will have great deal of enjoyment. He’s just simply imparting his heart’s desires in most delightful ways and will make people immerse into wonders of blues music. 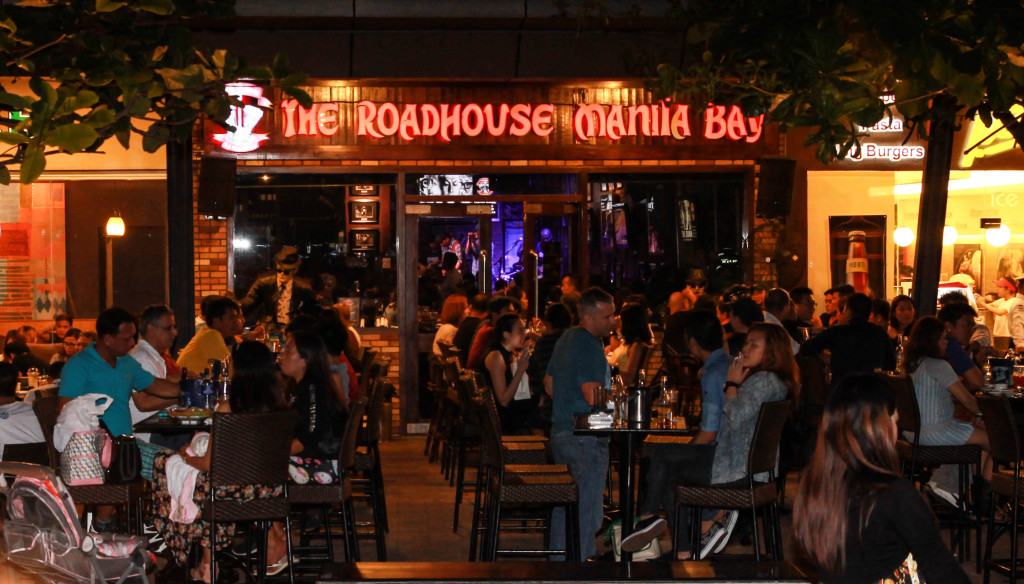 “It’s the best blues bar in all of Southeast Asia today, and I’ve been all over the palace. It’s been better than Singapore’s Crazy Elephant, ”  Tom “Tomcat” Colvin of, one of the pillars of the Philippines Blue  Society and  American blues harmonica   artist’s complement about Roadhouse in a interview with Dennis  Gargantiel of Zest, an in-flight magazine.

Cheers to Super B Treats

In case none of the local or international movie outfits discover it yet, hanging out at Roadhouse feels like déjà vu of scenes seen in Hollywood films.   Just imagine you and your guys,   chatting like no tomorrow,  but on the same time enjoy coolest background sound together, while quenching your thirst in your favorite drinks. 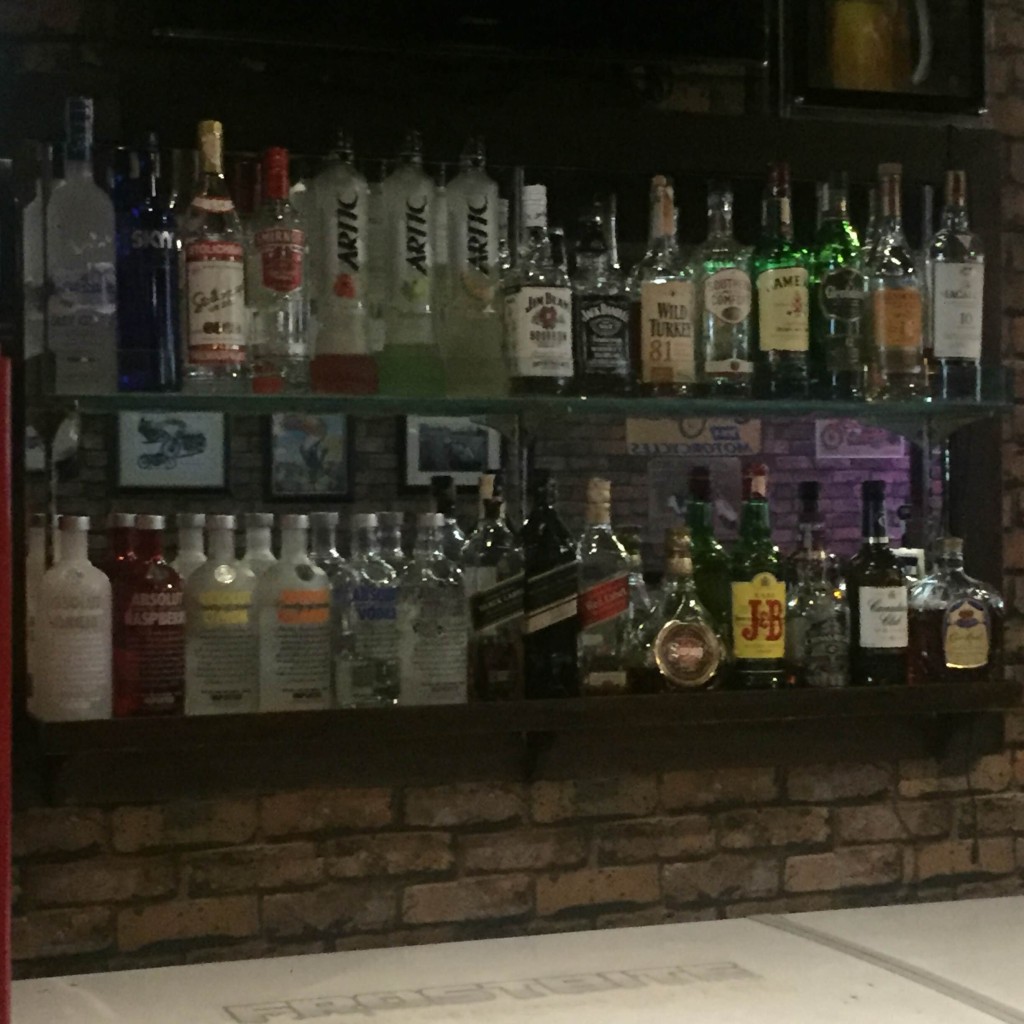 Talking about the drinks, Roadhouse offers varieties of it that can be white wine, vodka, champagne, whiskey, brandy, bourbon, and red wine. Of course what is drink without munching delectable food?  Well, whether you pair it with liquor or not, this pub has gratifying dishes like pizzas, hamburgers, quesadilla, and all-time favorite Filipino food such as crispy pata and sisig.

The last two are sure best sellers among their patrons, while Food Finds Asia can attest that their chicken quesadilla is a surefire winner in its sumptuous taste and quality.

As mentioned earlier it’s not only  the ravenous foodies will grab fully loaded  treat at Roadhouse, but also the insatiable bar hoppers wanting to find special feel. 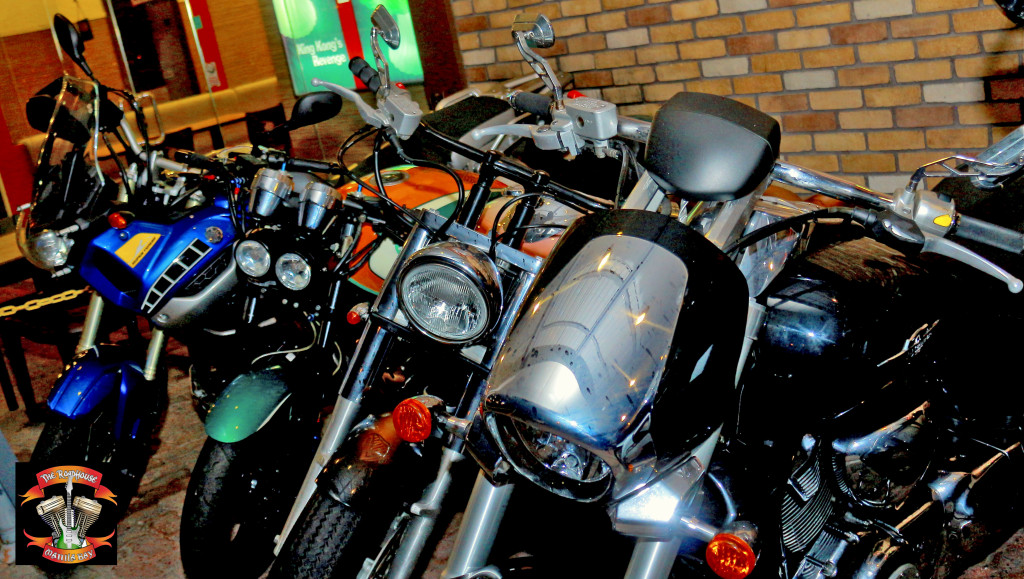 What customers see inside and outside are not mere eye-catching motorbikes, guitars, and cultural artifacts.  Those items are part of a Carruthers’ collection and who’s happy to showcase his priceless treasures.  In fact, instruments formerly belong to music icons such as Jimmy Page of Led Zeppelin, Pink Floyd’s David Gilmour, and Eric Clapton are also there for everyone to see.   Meantime, the “Pint for Jack” is special stuff for the owner’s grandfather who was a union officer for 25 years in a Dublin brewery. 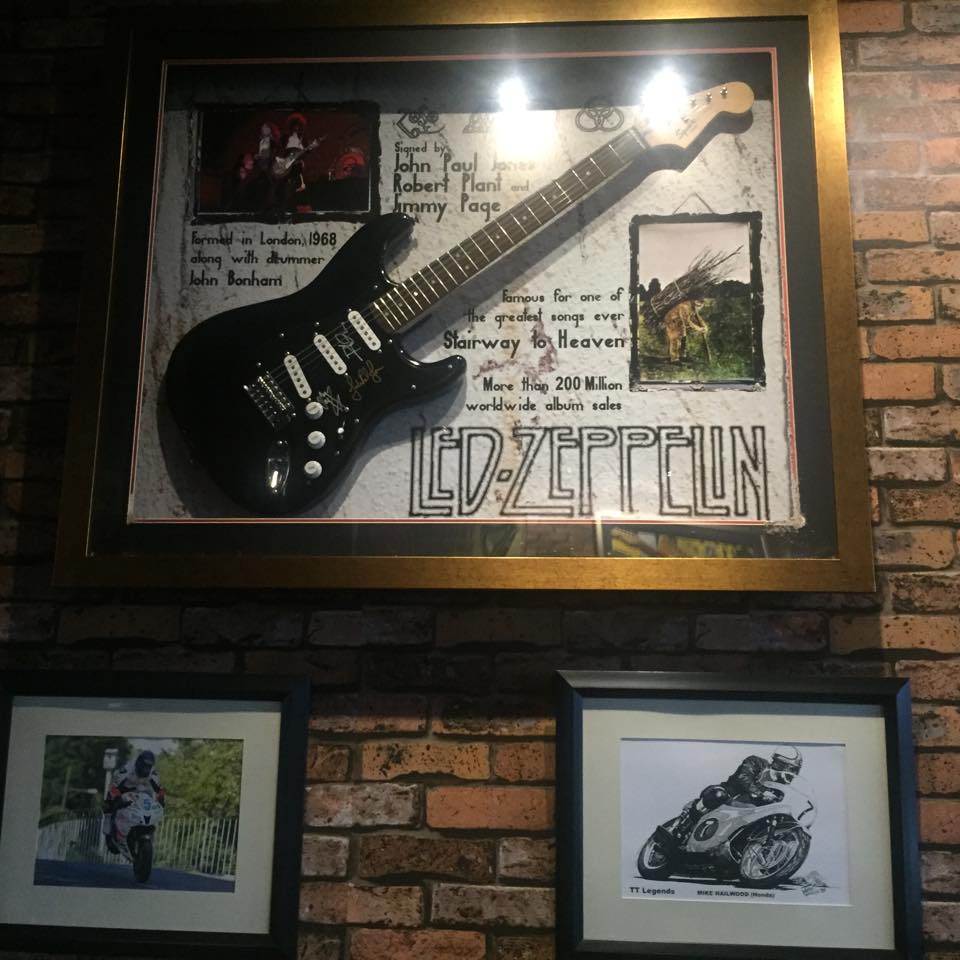 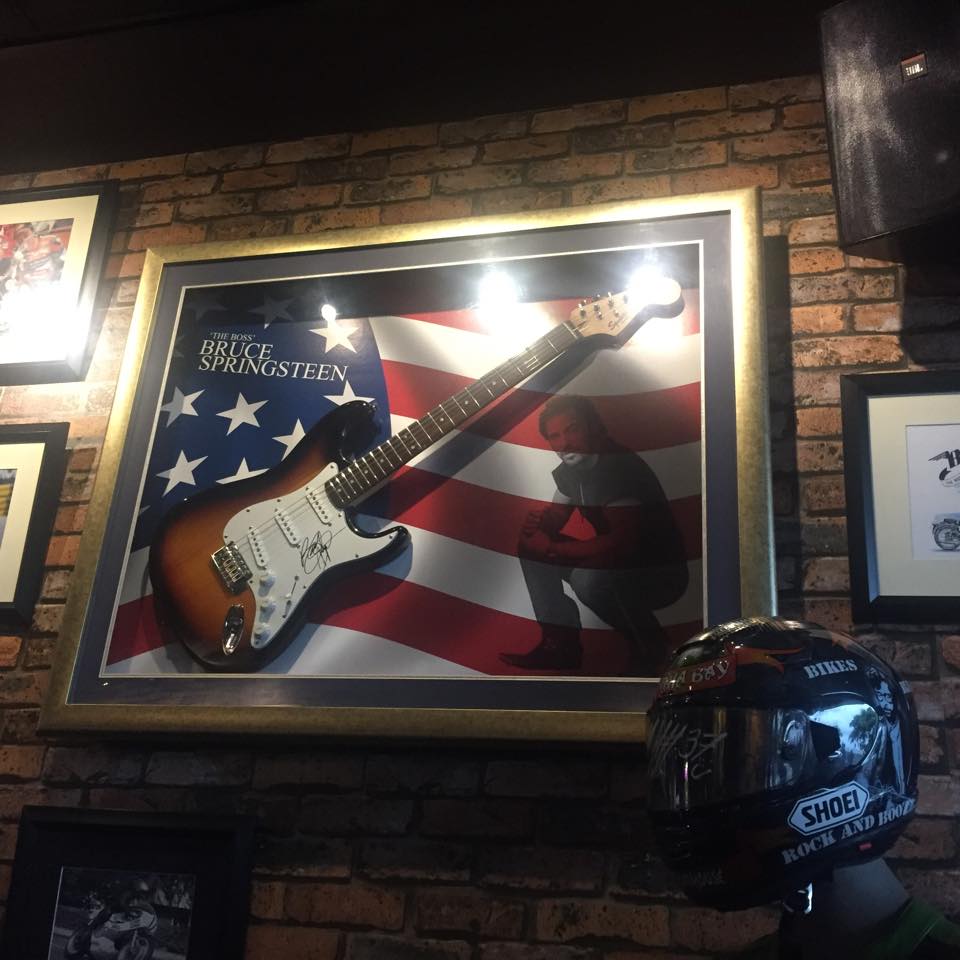 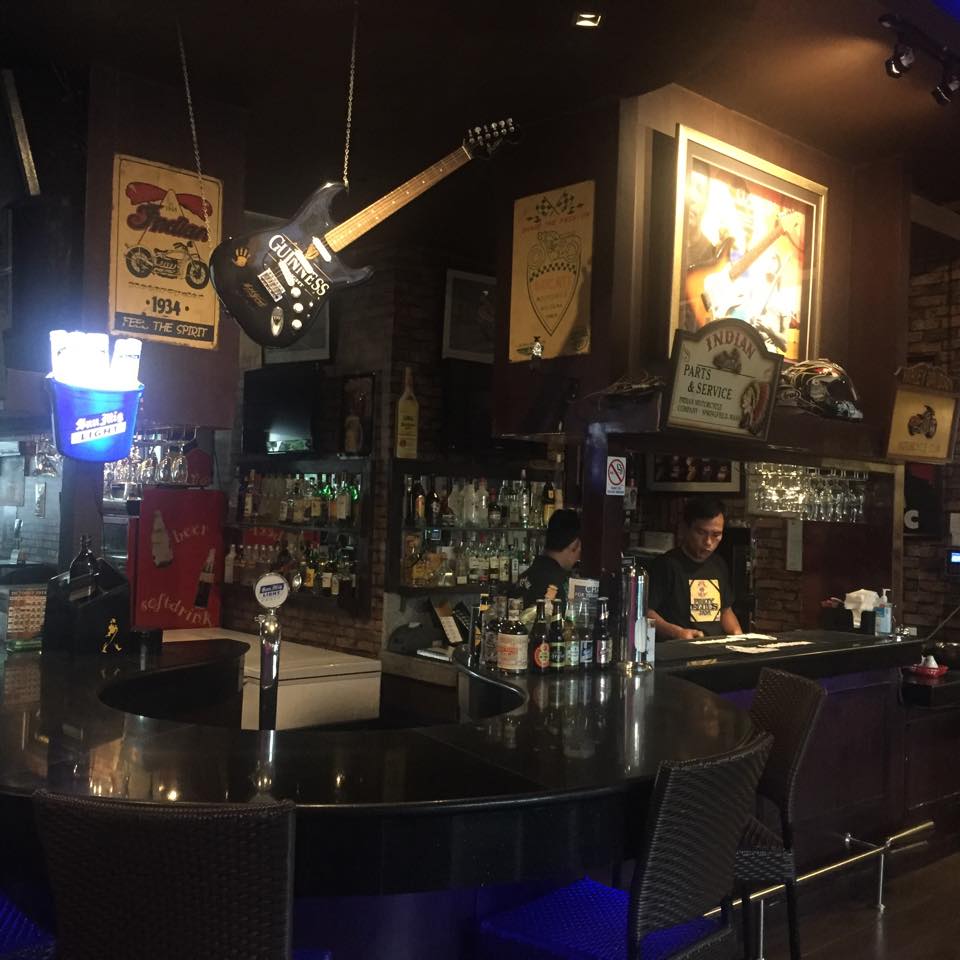 From heart to ears, from Business to Advocacy

Roadhouse is not any live music pub house, because indeed it’s also advocating great business for many.  First and foremost Carruther has a solid stand in bringing and reintroducing blues whether its Chicago blues, Texas   blues, blues rock or acoustic blue. It’s like he’s also an instrument for people to experience superb presentation of performers that also have heart for blues music like 69 Proof of Butch Montejo,   band’s frontman.  Apart from him, the regular artists at the Roadhouse include Bleu Rascals, Brat Pack, Ian Iofamia Band, Tarantulas, Grass, Brewed, Yamato, LadyHigh, Plug, Blueway, and Meanjay.

Another awe-inspiring note about Roadhouse Manila bay and Carruther is they also do charity works.  They supported Bleu Rascal for their quest in the Annual International Blues Competition last January in Memphis, Tennessee. They have also produced via Roadhouse Rekords, The Roadhouse Manila Bay Pinoy Blues Jam Album where everyone can enjoy Rock and Blues in their home or car. 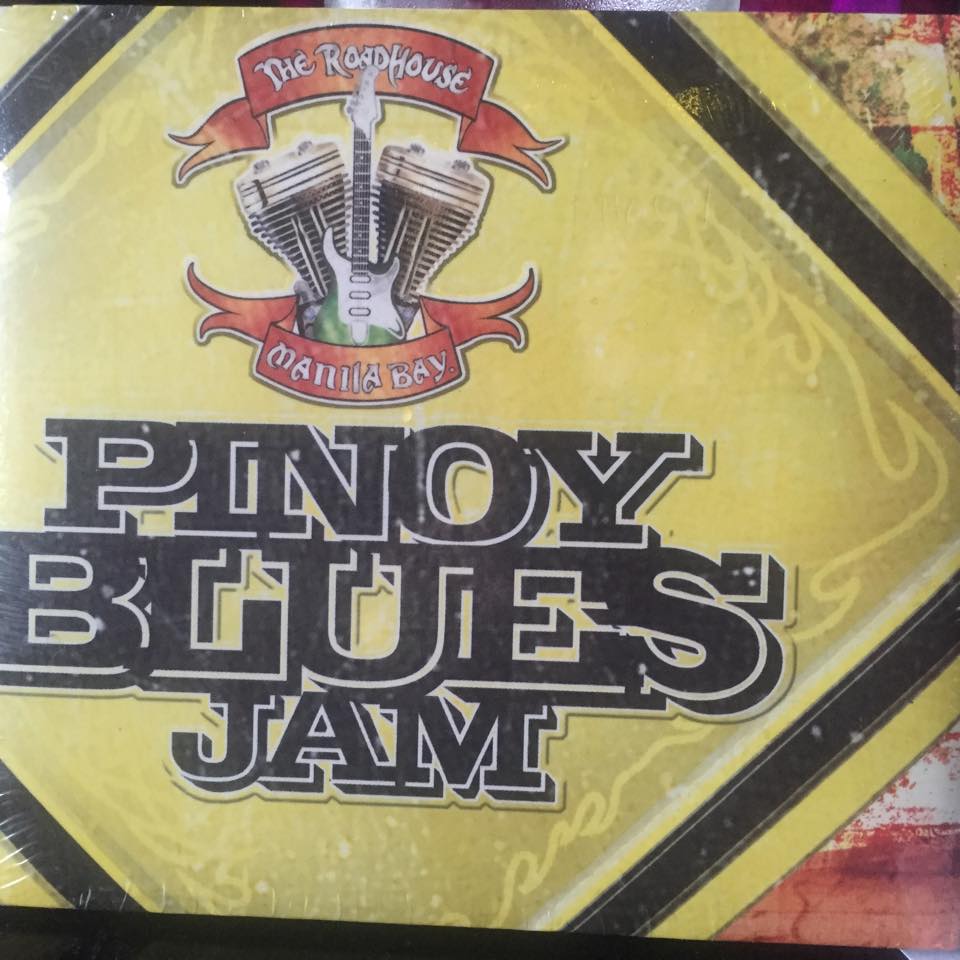 The 80-seat bar of Ciaran, who’s married to Filipina wife named Tess, can accommodate 200 people.   They also have version of it in Macau where they first tried this business. 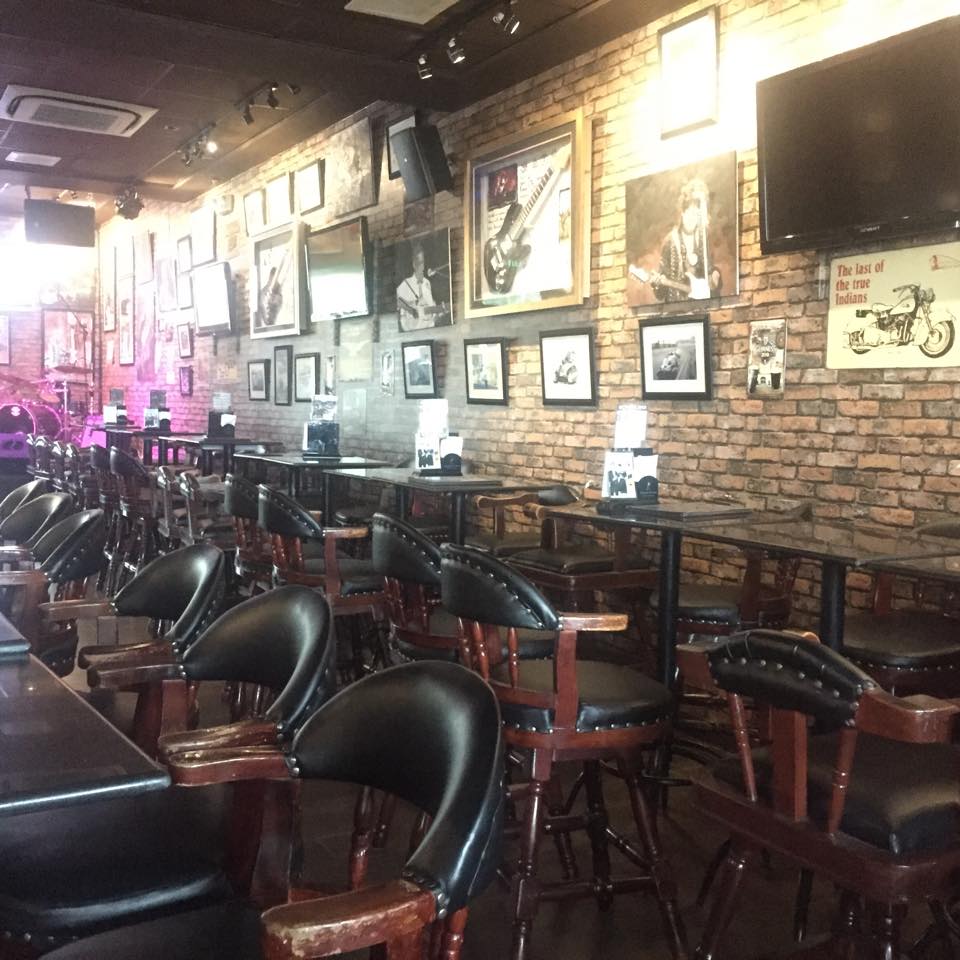 ABOUT US
FoodFindsAsia.com is a collation of content to help grow your food business. If you're a foodie, you'll find tons of resources for you here, too. Should you want to contribute content, drop us an email.
Contact us: email@foodfindsasia.com
FOLLOW US
Copyright © Heartshaper Asia. All Rights Reserved 2016.
MORE STORIES
American Cafe

Roadhouse by the bay