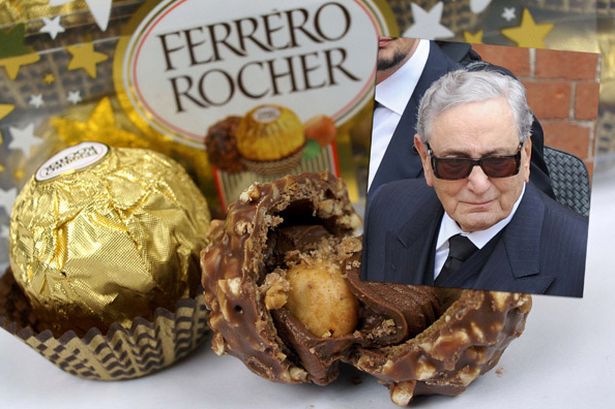 Ferrero had been battling illness for several months. He died in Monte Carlo on Saturday.

“I have learnt with emotion of the passing of Michele Ferrero, a true entrepreneur, known and loved in Italy and abroad,” Italian President Sergio Mattarella said in a statement.

“Ferrero was a leading light in Italian business for many years, always managing to stay on trend thanks to his innovative products and his tenacious and cautious work. Italy remembers him with gratitude.”

It was Ferrero’s father, a small-time pastry maker named Pietro Ferrero, who laid the groundwork for the Nutella recipe.

He famously added hazelnut to the mix to save money on cocoa, which was in short supply after World War II.

Another of Ferrero’s products, Ferrero Rocher, is associated with luxury, with one famous advert showing them being handed out to “spoiled” guests at an embassy function. But it was Michele Ferrero who turned the paste into the Nutella now known the world over.

The first pot of the addictive mix – whose name is a combination of the English word “nut” and “ella”, the Latin suffix for sweet – was made in Alba in northwestern Italy in 1964.

Ferrero now produces about 365,000 tonnes of Nutella every year in 11 factories around the world. The biggest market is Germany, followed by France and Italy.

The group had an annual turnover of more than eight billion euros ($A11.61 billion) in the year to August 2014.

Ferrero and his family are estimated by Forbes to hold Italy’s biggest fortune at $US23.4 billion ($A30.2 billion), making him the 30th richest man in the world.

Family Traditions Best Shared on Video and How to Record Them

5 Emojis You Can Use To Profess Your Crush (Or Love!)