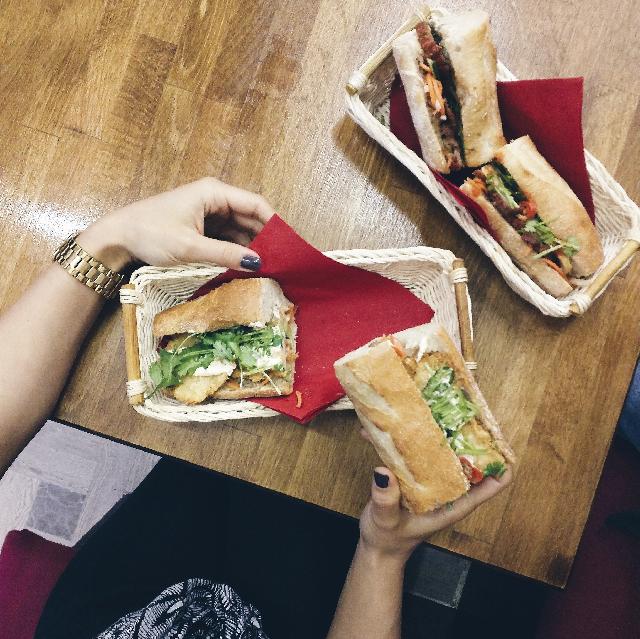 Must-try Street Food When Traveling | When traveling, food is an essential aspect of the adventure. A cuisine is frequently the best way to learn about a country’s culture and traditions. When it comes to finding delicious food in a new city, one of the best ways to do it is by wandering the streets and sampling the local delicacies.

Street food is not only a cheap and convenient way to experience a city’s delicacies, but it also provides a gateway to a universe of absolute delectability. You’ll frequently discover the most incredible traditional foods being produced by a citizen on the streets instead of a well-known franchise or celebrity-helmed establishment, from metal pushcarts to debatable night market booths to booths on a bicycle’s rear.

With a literal meaning of “roll,” dÃ¼rÃ¼m is a Turkish yufka or Armenian lavash-based wrap. The cook vertically grills spiced meat-typically lamb but beef-veal or a chicken mix is also an option on some stalls-on a spit before cutting into slices and garnishing it with herb-laden yogurt, lettuce, cucumbers, onions, and tomatoes, and spicy sauce. Most of the time, you’ll find these ingredients in a regular dÃ¶ner kebab. Several Europeans have probably eaten dÃ¶ner (commonly called shawarma) at some point during their time, staying out late at night while drinking to drown out the alcohol. It’s among Germany’s most sought-out street food, but the best is the Turkish version, where they grill the rolled-up wrap to perfection.

Filipino caramel apples are similar to those you find in the United States, except instead of apples, they’re mangoes. And rather than caramel, they use spicy shrimp paste, locally known as bagoong. It’s among the Philippines’ most popular street foods and a must-try for visitors.

When you request a mango skewer, the merchant will apply a generous layer of shrimp paste on top of it. First, they will cut the (Indian) mango into pieces and poke it into barbecue sticks with the paste or salt for sides. The bagoong has a sweet and spicy taste – a perfect match of sourness and saltiness from the mango, creating the ideal combination of flavors and sensations.

The Currywurst might not be the most aesthetically pleasing meal, but it’s anything but bland. To get a taste of the traditional German cuisine, this curry-ketchup sauce combo with sliced chorizo and fries for sides should be your first order of business upon arrival. Delicious food at a great price!

Even though currywurst is most generally linked with Berlin, you will still find this delicacy available across Germany. Visit Curry 36, a Berlin street food business in Berlin so renowned that they have their personalized branded merchandise!

Vietnamese bread is known as bÃ¡nh mÃ¬no matter the type, but it’s most commonly associated with a delicious sandwich best characterized as a Vietnamese hoagie. When the French colonialists first arrived in Southeast Asia, they brought a dish known as the bÃ¡nh mÃ¬ – a combination of ingredients from the East and West. While the exact ingredients of a traditional Vietnamese sandwich vary, the essential components include beef, liver pÃ¢tÃ©, cilantro sprigs, cucumber slices, pickled vegetables, and mayonnaise on a baguette. As their popularity grows and availability increases (although in less authentic form), the most fantastic spot to get a one remains on the Saigon streets.

Chimney Cake from the Czech Republic

All in one, TrdelnÃ­k, or commonly known as “chimney cake,” offers the best of both worlds! The vendors wrap a batter on a giant spit to form donuts with a spiral shape. They then grill the cakes before rolling each one in sugar and dipping them in Nutella for the final touch. Why wouldn’t you want this in your life? These delicious desserts are guaranteed to put a smile on your face on a chilly morning in Prague.

Anywhere around Prague is an excellent place to try them. To capture the essential “church in the center of a chimney cake’s hole” photograph before taking a bite, grab one from a side vendor near the Old Town Square.

Called after the French word for “surprise,” these fried rice balls from Sicily are smaller versions of the city’s arancini. And their moniker, “surprise,” refers to the overflowing mozzarella within each one. Rice, beef and tomato ragÃ¹, and mozzarella are the only components that have not changed in the previous century, despite the recipe having recently added chicken gizzards.

If you’re looking for the addicting croquettes originally offered by Roman street vendors, go no farther than any Roman pizzeria or grocery shop. Even while the classic recipe is still widely used, Romans have begun to prefer newer variations that use an eclectic mix of ingredients.

One of life’s most significant intersections of experiences is that of travel and food. Even while we like fancy dining and multi-course dinners, we’ve found that our trips in search of authentic street food throughout the world provide people with some of life’s most illuminating experiences and

3 Components of a Memorable Graduation Party

ABOUT US
FoodFindsAsia.com is a collation of content to help grow your food business. If you're a foodie, you'll find tons of resources for you here, too. Should you want to contribute content, drop us an email.
Contact us: email@foodfindsasia.com
FOLLOW US
Copyright © Heartshaper Asia. All Rights Reserved 2016.
MORE STORIES
Entertainment

The Role of Industry Events in Growing Your Food Business