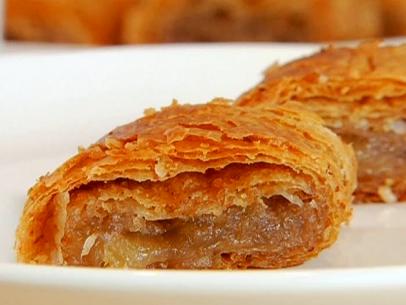 Duff has been cooking since the age of 4, when his mom caught him in the kitchen swinging a meat cleaver while watching Chef Tell on TV. While in second grade, he came close to cutting off his pinkie while carving a pumpkin, and knew he was destined to work in the kitchen. Duff started working professionally when he was 14 at a bagel shop, where he was almost fired for making the sandwiches too big. Ever since then, he’s been putting his own crazy spin on food.

After graduating from the University of Maryland, Baltimore County, with degrees in history and philosophy, Duff went on to study at the Culinary Institute of America at Greystone in St. Helena, Calif. He worked at several acclaimed culinary destinations, including the French Laundry, the Vail Cascade Hotel and Todd English’s Olives before returning to Baltimore in 2000 to become a personal chef.

In March 2002, Duff quit his day job and opened Charm City Cakes. There, he was able to show off his creativity, which comes from a long line of artistic genes. The bakery became a household name on the hit Food Network show Ace of Cakes, which aired for 10 seasons. Duff is also a graffiti artist, a metal sculptor and a musician who plays bass in the Elvis tribute band Danger Ace and the indie band Sand Ox. More recently, Duff and his team opened a second bakery location, Charm City Cakes West in Los Angeles.

Currently fans of Duff can find him on Food Network’s new series Holiday Baking Championship, where he serves as judge. The show puts home bakers to the test in a holiday-themed competition for a chance to win a grand prize of $50,000.

Duff shares his cool recipe below. Prep time is only 25 minutes but it has to settle for 8 hours. Cooking time is an hour and a half. Yield is 3 to 4 logs.

As you peel and dice the apples, sprinkle with lemon juice and mix frequently to prevent browning, or toss in iced water with some lemon juice.

Place the apples into a large pot on the stove over medium-high heat. Add the pineapple, sugar, 1 cup water and salt. Cook until the moisture evaporates and consistency of the remaining fruit is thicker than preserves, 30 to 35 minutes. Stir often to prevent burning on the bottom. Cool, then stir in nuts.

Refrigerate the apple filling at least overnight. Filling will last in the refrigerator for up to a week in an airtight container.

Preheat the oven to 350 degrees F.

In a pot, melt the butter over very low heat. A white foam will form as the top layer. Skim off the foam with a spoon. Once the foam is removed, add the oil. Stir and remove from the heat.

On a sheet of waxed paper, lay out the first layer of phyllo dough. (Dough dries out quickly, so keep other layers not in use covered with a damp cloth over a sheet of waxed paper.) Using a pastry brush, gently brush the butter/oil mixture onto the entire sheet of dough. Sprinkle with the breadcrumb mixture over the entire surface. Repeat for an additional 4 layers so each roll has a total of 5 layers of phyllo dough.

Using a spoon, add a row of the apple filling an inch or two from the bottom of the dough. Do not overstuff or the strudel will burst when baking. Lift the bottom edge of the waxed paper with both hands, each about a third of the way in from the outer edges to support the phyllo as you roll up the dough, jellyroll style. As you roll, fold the sides inwards to form sealed edges as you continue to the end. End with the seam-side down.

Repeat the steps above until you have filled the cookie pan with the rolls but keep at least a roll’s width between each. Keep at least 2 to 3 inches between the rolls on the baking sheet to ensure even browning.

Bake until golden brown, 40 to 45 minutes, depending on your oven. During baking, baste 4 to 5 times with the butter/oil mixture.

Cut into pieces while still hot so the crust won’t break.

Cook’s Note: Unbaked rolls can be frozen. Just thaw and bake when ready. Baked strudel rolls can also be frozen but need some time in the oven to heat and to crisp them up. Again, cut while hot.