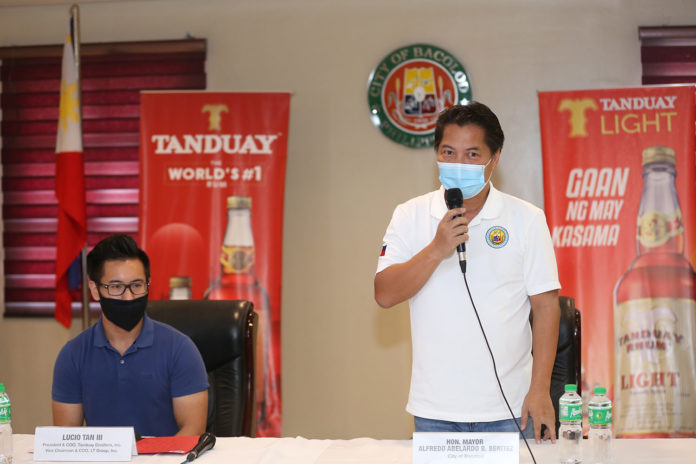 Lucio Tan III, who took the reins at Tanduay just as the Philippines and the rest of the world dealt with COVID-19, led the company in selling 23.7 million 9-liter cases in 2021.

“Tanduay has stayed ahead of the game because of the diligence of the people behind it — the local farmers who harvest the heirloom sugarcane we use for our rums; the people working at our distillery bottling plants; our research and development group; and our marketing team. Together, they have continued Tanduay’s winning legacy,” said Tan.

In a letter sent by Shay Waterworth, editor of Drinks International’s The Millionaire’s Club, he confirmed that “Tanduay was the number one selling rum brand in the world in 2021.”

“They have held the title of world’s number one rum for 5 consecutive years now. Overall, Tanduay was ranked the sixth best-selling spirit brand in the world across all categories,” Waterworth further said.

Drinks International Magazine collected annual data on 154 million-case brands from public company reports and directly requested results. It noted that “aggressive export strategy in 2020 spelt huge gains for LT Group’s Tanduay and the Philippine-based giant managed to maintain those advances this year, preserving its ranking as the world’s bestseller.”

Tanduay’s export business has experienced steady growth in the past year, as it continued to sign partnerships with leading international distributors.

As of this writing, the Filipino brand is now being marketed in 12 U.S. states and the territory of Guam; Singapore; China; the United Arab Emirates; Germany; Belgium; the Netherlands; Luxembourg; and the United Kingdom.

Tanduay also continued its partnerships with leading teams from the National Basketball Association (NBA), which include champions, the Golden State Warriors and Milwaukee Bucks. Last year, it also started its partnership with the Phoenix Suns and the Minnesota Timberwolves.

Tanduay recorded a PhP1.2 billion net income in 2021, with net revenues increasing by 6.7 percent. It enjoyed a 27 percent share of the Philippines’ overall spirits market.

Improving the Online Presence of Your Business

How Families Pass Down Their Food Businesses to The Younger Generation