Home People Food & Places Food Life in Paradise: Why More People are Moving to the Philippines 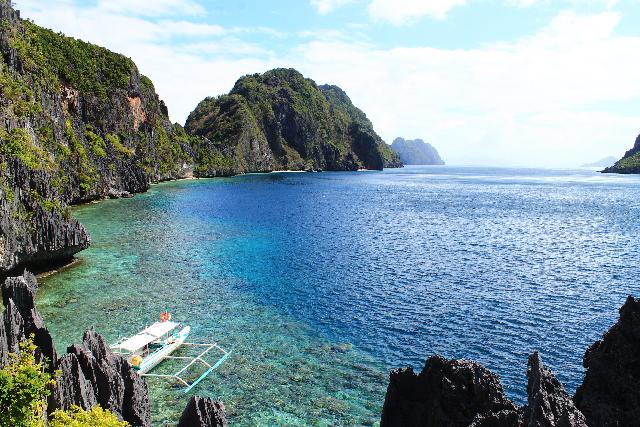 Life in Paradise: Why More People are Moving to the Philippines | Throughout this entire pandemic, many of us have come to realize that geography is no longer that big a factor when it comes to livelihood. With almost everyone going online for work, whether they’ve done it for years or have just adapted because of COVID-19, the internet has allowed people from all over the globe to work and collaborate. It has greatly increased the number of opportunities to earn an income remotely.

Distance no longer holds great relevance to a job or even educational opportunity. If people from the Far East can work for a company based in Utah or New York, students from different nations can surely sign up for information technology online courses from any foreign university and college offering online correspondence courses.

That being said, this has led a lot of people to take definitive steps and relocate to other countries that offer them a chance at a new beginning. A huge chunk of this group prefers to live in the paradise known as the Philippine Islands.

That’s a very good question. There are, after all, several other amazing tropical countries to choose from, what makes this archipelago stand out?

The country is situated near the equator which gives it only two seasons in a year, wet and dry. And while the monsoon months can be inconvenient at times, the sunnier and warmer months more than makeup for it, especially for those who love warm weather. This is what makes this small nation ideal for hitting the beaches and soaking in the sun.

With over 7,100 islands making up this beautiful archipelago, it’s nigh impossible that you won’t encounter at least one of its breathtaking seascapes. The country is famous for its beaches, surf, and dive spots on top of the scenic lakes, rivers, and waterfalls inland.

If you’re not the type who likes being around water much, fret not because the country has picturesque natural attractions that are perfect for weekend hikes and camping trips. You don’t even have to go very far from the nation’s capital (or any urban center, for that matter) to have access to nature. In most cases, a one- or two-hour drive from any town or city is all it takes to be one with nature.

One of the reasons why a lot of foreign employers are open to hiring Filipinos is they have a good grasp of the English language. While the Philippines has several local dialects aside from its national language, Tagalog, English is widely recognized as the citizens’ secondary language which significantly lowers the language barrier.

Filipinos are famous for their hospitality and warmth. They open you with welcome arms and will help you as much as they can. They are smart and very resilient, able to laugh and keep their spirits up despite their problems.

Filipinos are known to be more conservative than Westerners so in terms of values and morals, they have slightly different beliefs, traditions, and customs they hold dear. Being a predominantly Christian nation, the values of Christianity and Catholicism are prevalent wherever you go. Some may call it backward or old-fashioned but it is these same traits that make them lovable as a people.

Filipinos are also known for their love of good food. On top of the world-famous adobo and exotic balut, each region of the country has its own specialty dishes and treats. There’s always something new to try out in each place you visit.

Filipinos are generally happy people and it shows in the way they celebrate their festivities. Colorful. Creative. Grand. These are just a few ways to describe their love for celebrations. As each region has its unique cuisine, it also has different festivals to celebrate regularly.

One of the things that make this far eastern jewel a great place to live in is it is a melting pot of different cultures making it easier for foreign nationals to adjust and adapt to. It has been invaded and colonized by Spain, Japan, and the US of A and while the Philippines retains its cultural identity as a nation, you will see the different international and intercultural influences scattered throughout the country.

And finally, almost everything in the country is quite inexpensive by western standards. Monthly mortgages of $300 to $400? A Big Mac or a cup of Starbucks Coffee that only costs less than $4? Roughly a dollar for a liter of fuel? Yup. The cost of living is relatively low compared to what we’re used to.

So if you’re giving relocation some serious thought, consider the benefits of living in the tropical islands of the Philippines. It might be one of the best decis