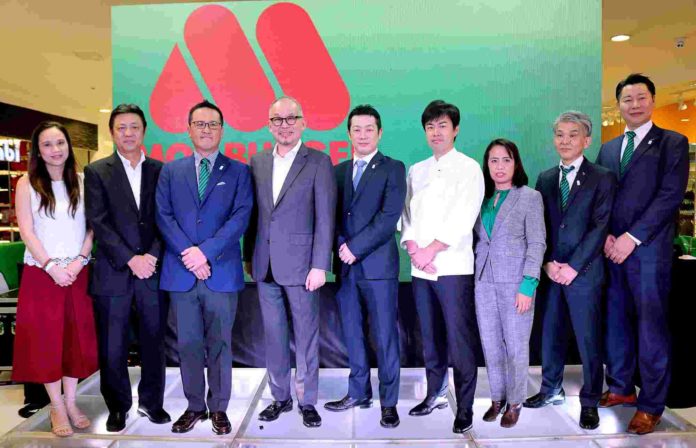 FoodFindsAsia|Japan’s MOS Burger on Aggressive Expansion Plan in PH|MOS Burger is slated to open several stores in the Philippines, the first of which will be at the second level of Robinsons Galleria in Ortigas this February.

“Our first branch here in Robinsons Galleria will be followed by the opening of other branches in the major malls and commercial districts in Metro Manila. We thank the Robinsons Galleria Management for being the first establishment to welcome MOS Burger in the Philippines. We have other branches opening soon in other Robinsons Malls. We are happy to be a part of the dining scene here in the Philippines,” said Masahide Araki, president of MOS Burger Philippines, during the brand’s launch.

MOS Burger Philippines was formed in 2019 to oversee the local operations of MOS Burger and the soon-to-be-launched MOS Café. The company is a joint venture agreement between MOS Food Services Inc. of Japan and Tokyo Coffee Holdings of entrepreneur Hubert Young.

MOS Burger’s aggressive expansion plan in the Philippines will see the opening of several restaurants in Metro Manila this year alone. Apart from the one in Robinsons Galleria, MOS Burger stores will be opened in SM Megamall, Robinsons Magnolia, O Square Greenhills, and Robinsons Place Manila.

“We have heard that Filipinos are big burger lovers, and we are offering only the best for you,” said Araki, who attended the branch launch along with MOS Burger Philippines vice president Tateishi Hiroshi and Young.

“Mr. Young has told us that he had long wanted to bring MOS Burger to Manila since he first tasted our burgers back in Japan in the 1990s,” Araki added.

MOS Burger has captured the taste of customers worldwide for its hamburger and other food items that are made with the best-quality ingredients. Among the must-try selections on its menu are its signature MOS Cheese Burger and Yakiniku Rice Burger.

5 Challenges of Running a Restaurant

8 Tips Before Traveling To Thailand