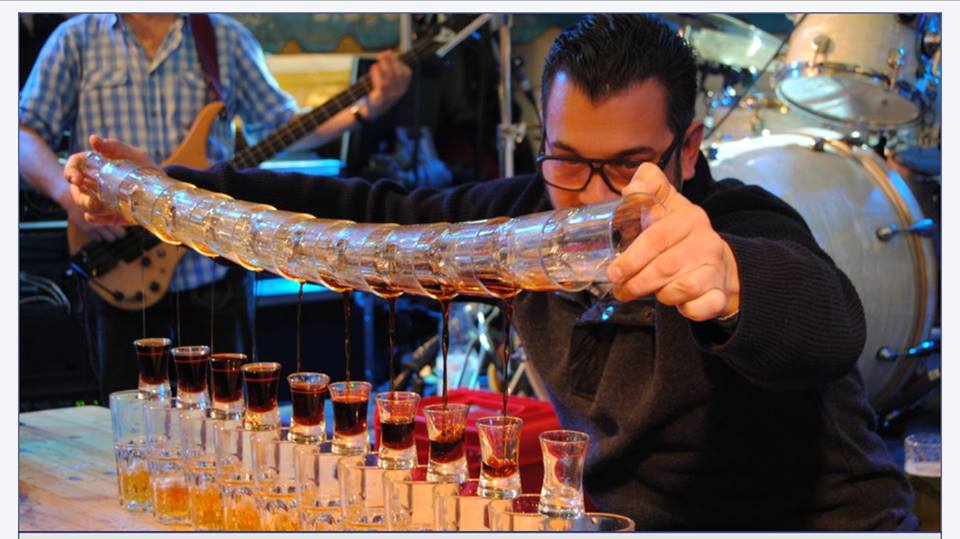 Beer is a major part of the German culture. To make it more exciting, they created the Jagerbombs.

The Jägerbomb /ˈjeɪɡərbɒm/ is a bomb shot mixed drink that was originally mixed by dropping a shot of Jägermeister into a glass of beer but in recent years has become more popular with Red Bull or other energy drinks.

A Jägerbomb is usually sold with a can of Red Bull or an equivalent energy drink, poured into a pint glass and separately accompanied by Jägermeister in a shot glass. The glass of Jägermeister is then dropped into the Red Bull.

Philip Traber is a German bartender who can throw down Jagerbombs like you’ve never seen before. The guy has a routine where he nestles 14 glasses in his arm like a tall baby and pours the Jagermeister inside the tall tower. He then pours them ALL into little shot glasses, simultaneously. The kicker is the way he knocks the 14 shot glasses into larger glasses, dominos-style.

Trust me, it’s one of the coolest bar tricks you’ll ever see. I don’t care how many bottles your local bartender juggles, this tops everything.

Check it out for yourself:

Family Traditions Best Shared on Video and How to Record Them

When Super Dads Hang Their Capes, Food and Drinks are Always...