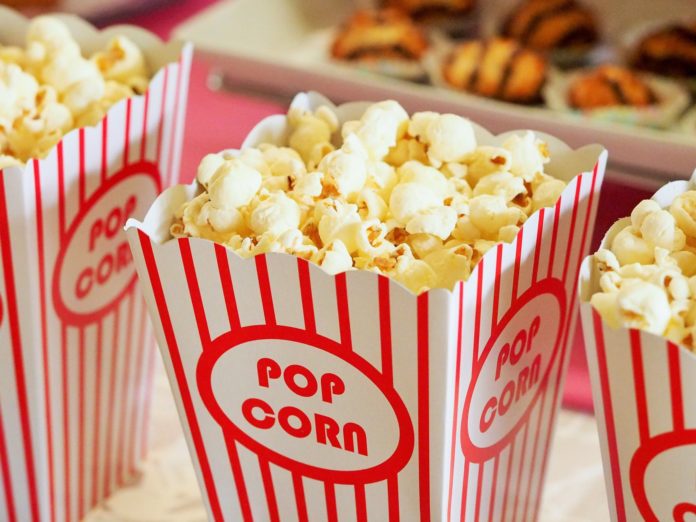 Food Finds Asia | IMDb’s Top 3 Best Rated Horror Movies | The trend in today’s entertainment industry has entirely adjusted within our comfortable means. Gone are the days where you buy tapes and CDs without knowing the full, actual content of the movie. In the present time, you can check the movie’s cast, synopsis, ratings, and reviews before you can load the movie online.

When you ask your friends about their evaluation of a particular movie, your opinion might not align with theirs. Film genre preference is also a factor that can contribute to one’s biases in choosing which film is the best. There are a lot of factors that can differ our preferences from others when it comes to films because rating a film is subjective.

Movie critics also have very different standards and criteria in judging a movie. You might be very fond of action films, but to them, it becomes one of the least rated films. This can be similar to the well-known IMDb, and its ratings can sometimes be questionable if we base on our own opinions. But in the professional criticism level, they manifest credibility.

What is IMDb? IMDb or Internet Movie Database has been in the industry for more than 20 years and continues to grow. It does not just simply give you a list of millions of television programs and movies, but also its synopses, cast and crew, and other information. With its vast database, it is also called the encyclopedia of TV shows, videogames, and films.

IMDb TV is a website for online streaming with over 6.5 million movies. It does not only limit to that; you can also download your films here. One of the advantages of IMDb TV over other online streaming sites is that you can easily review the film’s cast, ratings, and feedback. Unlike others, you can watch in IMDb TV for free, no need for monthly subscriptions.

Now, horror movies have a lot of different angles to consider before you can rate it: jumpscare, timing, cinematography, aesthetics, and many more. IMDb is very, very conservative in giving stars, even to classics and quality films. For your reference, here are the solid top three best horror movies IMDb.

One of the best classics, Psycho, is on top of IMDb’s list of best horror movies of all time. A classic, American, psychological thriller, which was shown in the cinemas way back in the 1960s. The producer and director, Alfred Hitchcock, became extra remarkable, especially with the most popular shower scene, which is considered a definite classic.

Starring Anthony Perkins, John Gavin, and Vera Miles, the movie was about Phoenix secretary (Vera) felt weary with her life and had relationship complications related to finances with her lover (John). Problems occurred when she stopped by after a long drive at Bates Motel, which was managed by a young man (Anthony) with deep mother-son issues.

The screenplay and musical scoring augmented a massive breakthrough in the field of horror filmmaking. Quite intriguing for others, some find the shower scene as an act of misogynistic violence. Nevertheless, that classic 45-second shower scene remains popular even until the modern era. Psycho has the highest IMDb rating for horror movies of 8.5 stars.

Stephen King’s The Shining can never be off the list of the greatest horror movies of all time. The scene where Jack Nicholson is rushing with an ax towards his wife and yells, “here’s Johnny!” is one of the most unforgettable scenes in the history of horror films. It has that sheer terror wherein you would not want to go to bed with the lights off.

The Shining is the rare psychic abilities of Jack’s son. Jack Torrance(Nicholson) is a determined author who reached the ceiling of his writing capacity and felt miserable. Everything became horrific when Jack lost his mind after taking his wife and son to a haunted, secluded hotel in Colorado. IMDb rated this classic with 8.4 stars.

There had been countless versions of alien films, but this one remains in the depths of our hearts and minds for quite a long time. Director, Ridley Scott, together with Jerry Goldsmith, made a masterpiece with its terrific musical scoring. Its pacing was significantly excellent. Camera movement, acting, script-writing, and many more factors were way beyond splendid.

The original humanoid form of aliens in this film is nerve-wracking, and its space setting adds to its eerie feels. The story escalates when they have discovered a hive of mysterious creatures after receiving a distress call from an unknown transmission. Sigourney Weaver was able to make a series of this classic film up to Alien 4. IMDb rates Alien with 8.4 stars.

Seeing movies only by their overrated visual effects is not bad, but that must not be the only factor to consider in watching a film. We must learn to appreciate its totality; that is how movie critics see it. If you are a film enthusiast and loves to criticize films technically, then IMDb TV is the ideal online site or app for you.

ABOUT US
FoodFindsAsia.com is a collation of content to help grow your food business. If you're a foodie, you'll find tons of resources for you here, too. Should you want to contribute content, drop us an email.
Contact us: email@foodfindsasia.com
FOLLOW US
Copyright © Heartshaper Asia. All Rights Reserved 2016.
MORE STORIES
Entertainment

The Amazing World of Hulu and Its Wondrous Contents

Bittersweet Symphony: The Link Between Food and Music

5 Websites That Allows You To Enjoy Movies And TV Shows...