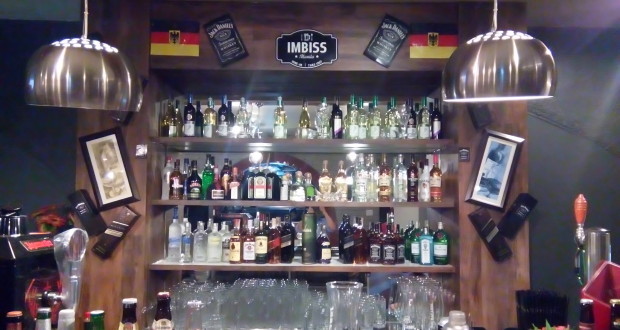 If you asked most people to describe German cuisine, they would probably mention ‘sausage and beer’. Yet there is more to German food in Imbiss Manila than just sausage and beer.

Imbiss Manila, Kezia Garcia’s German inspired 120-seater restaurant along Aguirre Ave., deserves to have more customers lounging at its dining tables. With a delectable line-up of sausages, schnitzels and steaks (not the type that are bought off the shelf, as Imbiss Manila’s meat ingredients are customized by their supplier), Imbiss Manila is a dining place that should never be ignored by South of the Metro foodies. The restaurant is built to be packed with diners on date or chill nights, or groups of people happily eating and drinking, living out a Bavarian fantasy of extreme revelry.

When Kezia and partner opened Imbiss Manila in October 18, 2013, they envisioned it as a dine-in type of place, where families come, dine in and celebrate life together.

Much of what people loved about the place were the steaks and the sausages (I so definitely love the top fillet steaks and the sausages.) and of course, the beers — not exactly the stuff of fine dining, but without the beer, it’s not going to be more German-ish. One of Imbiss Manila’s All Time Favorites is their U.S. Angus Top Fillet Steak, a top fillet steak grilled over an open flame and served with a choices of potato wedges, mashed potato or rice pilaf.

What is more interesting about Imbiss Manila’s line-up of main courses is the Deep Fried Knuckles. Imbiss Manila’s version of the Crispy Pata recipe makes it more appealing in the Pinoy foodies’ palate. Kezia says, “The secret is in the sauce.”

Kezia wanted to create a fusion of Filipino and German in Imbiss Manila dishes, but not so much on the German that they veer away from what the Pinoy foodie frequenters really like about Imbiss Manila’s food.

If you are wondering where the name came from, Kezia’s aunt, who happens to live in Germany helped them in choosing a name for Imbiss Manila, as they wanted to have a restaurant that serves food the whole day round. The restaurant’s name “Imbiss” means “snack” in German slang.

At Imbiss Manila, the menu is simple and focuses on these: Sauerbraten, a German pot roast that can be prepared with a variety of meats—most often beef, but also from venison, lamb, mutton, and pork; Deep Fried Pork Knuckles (Crispy Pata); Pork Schnitzel, Chicken Schnitzel, Beer Batter Fish, Angus Tenderloin Steak and the All Time favorite, U.S. Angus Top Fillet Steak.

One of the reasons why Imbiss Manila is frequented by South of the Metro peeps is because of their famous sizzling double dark chocolate. A decadent dark chocolate fudge square, topped with cold vanilla ice cream and chocolate sauce, served on a hot sizzling plate. (Believe me, after tasting the chocolate fudge, you will ask for another serving.) 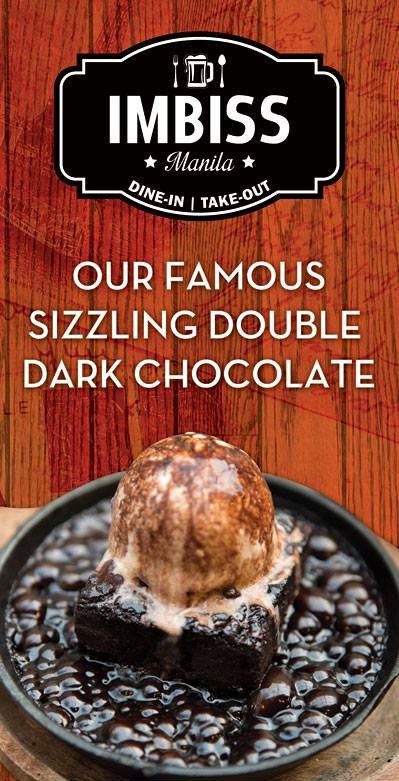 The service is super friendly, and there’s a manager who checks in often with tables. Kezia herself is usually there, and she’s one of the most likable people around. Imbiss Manila’s Oktoberfest promotions will focus on sausages and beer.

If people are ever going to use the place the way it is intended to be used. Imbiss Manila could become one of Aguirre Avenue’s true originals, a restaurant that gives you a preview of what’s in store for you when you go to Germany.

I sure want the option of beer and sausages at chill night. Don’t you?

Finding the Best Golf Apparel to Suit Your Style

Puncak Have Sweeping Views of Mountain and River

A Fine Romance Awaits at Epicurious!

5 Marketing Mistakes You Should Beware