Home Education How You Can Empower Your Employees 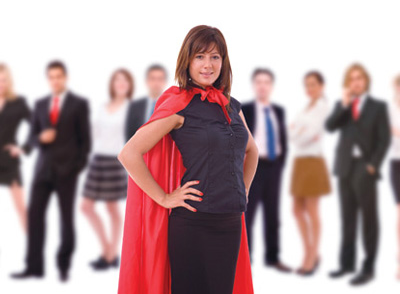 by Robert Thomas | ranchisee Steve Foltz discusses the benefits of a well-treated staff. By the time Steve Foltz was 24, he was the district manager of five Rax restaurants, and in 1989, Foltz became a partner with brothers Tom and John Whittaker and started the franchise company Cinnamon Bums. To date, the company owns 19 Jamba Juice units and three Cinnabons in Oregon and Washington.

At the outset of Cinnamon Bums, it was clear that Foltz was the people person, and with more than 430 employees across the company’s stores, Foltz has excelled at successfully hiring, motivating, and empowering his staff for 25 years. He shares his methods for improving his stores through investing in his employees.

1. Offer more in the beginning

Oregon and Washington have two of the highest minimum-wage rates in the country, and we’re on an index where it increases every year. It’s simply something every business owner has to deal and compete with. We put a policy in place that we will pay entry-level employees 10 cents above minimum wage, no matter what happens to the index year after year. This allows us to always be above the threshold when it comes to competition.

Back in 2008, we’d get 30 applications in one week. By 2013, we might get three or four applicants. Being 10 cents above the minimum draws people into our store. From there, we have systems in place where an employee can make more through a variety of options. With Jamba Juice specifically, should they go through a particular training program, an employee has the chance to make an extra 15 cents more when it comes to their hourly rate. If he or she would want to move up to become a training mentor, there’s an extra 25 cents. The incentives are there, but it still comes down to how much the employee wants to do.

A fairly basic strategy is to offer more money after a three- or six-month period for every employee, which we do. After a review, an employee might be subject to an increase to their hourly rate. Further down the road, any employee who wants to move into a supervisor role gets a rundown of new responsibilities within the restaurant. Furthermore, we offer our Bums Courses, which consists of seven three-hour-long courses that range from how to read a P&L statement to how to approach the business. We pay for the employees to take the courses.

Besides taking these courses, we offer a chance for everyone to empower themselves through various ways. We do five $1,000 scholarships, as well as three $500 scholarships, on a yearly basis for employees looking to further their academic education. Our company philosophy is “Make Your Mark,” about which applicants for the scholarships write a one-page essay on how they left their mark on somebody during that year. Our selection committee votes on the submissions and awards each applicable employee.

Another event that helps motivate is our annual bowling night. We rent out an entire bowling alley and simply promote having a good time.During the night, we have Custom awards for each store. It’s a fun night and also serves as a tool for making employees feel good by promoting a positive, motivating culture.

It became apparent early on that I was the “people person” and would serve as a better partner when it came to staff and employee acquisition and retention. I take a tremendous amount of pride in that role, and because of it, each person that works for me goes through the 100 phases of business.

I will literally lay out 100 pennies on a table for a group ranging from pit team members to supervisors. They’re going to know what costs are as they hand over 25 pennies. They’re going to realize what it means for the business when payroll gets taken out, as well as my added payment for payroll taxes as they slide away 32 more cents. Then comes operating expenses, rent, utilities, janitorial, etc. Every employee understands the business from a dollars-and-cents perspective, which includes sharing my P&Ls all the way down to the general manager level. Employees understand the benefits of each sale when they know where the money goes.

I think there are a lot of people out there who view the Millennial generation as lazy or lacking in motivation. For me, I think this is one of the greatest generations I’ve ever worked with. They can multitask better than any group I’ve ever seen. Being able to listen to music, watch TV, and be on a computer at the same time would be a struggle for me, but they can handle a lot of things at once. They also care about community and what we do in it to help. If you’re not socially conscious about the community, they’ll let you know it. And if you are, they’ll love you for it.

Give them the leadership opportunities to advance themselves. I personally make it a goal to give every employee the chance, and whether you stay with us for three months or three years, I want each person to leave with more than you came in with.

The Effects of a Gig Economy on Education

Brands Invest in Complex Metrics to Know Real Value of their...