Home Education How to Use Your Noodle as Value-Added Options 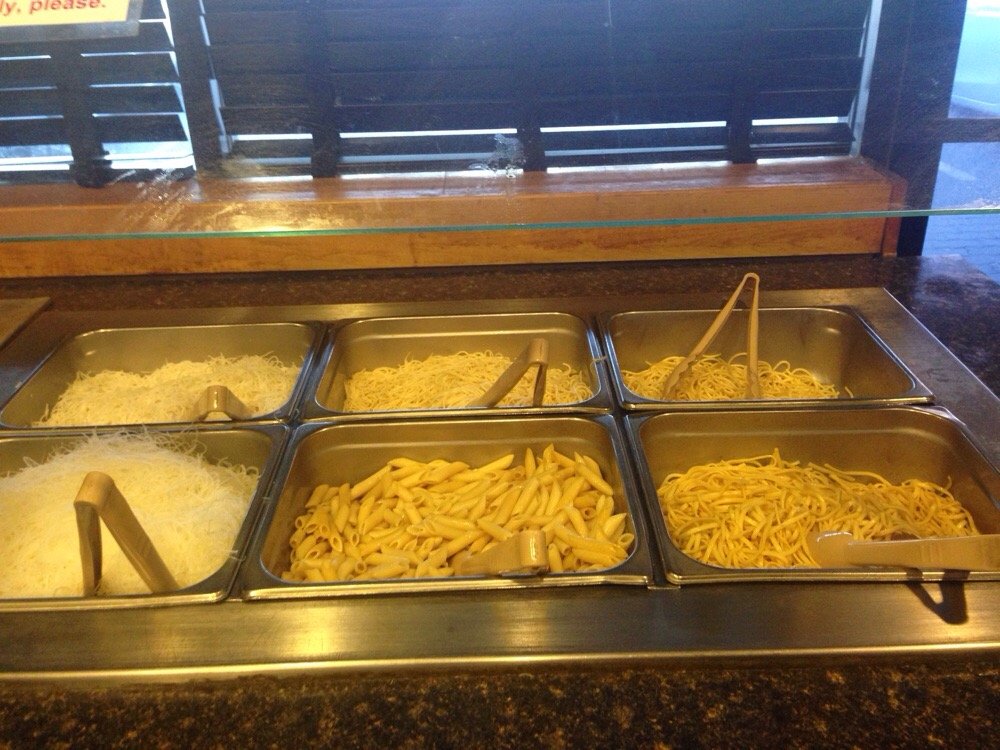 by Barney Wolf, via QSR | How to Use Your Noodle as Value-Added Options | They’re made with just flour and water, but mixing these simple ingredients has created one of the world’s most popular foods. Noodles, from Italian pasta to all-American macaroni and cheese, and from Asian wheat or rice flour versions to those used for chicken noodle soup, are on the menus at about half of American limited-service restaurants.

“Noodles and pasta have been popular favorites for a long time, and they have certainly progressed in quality and style,” says Howie Velie, associate dean of culinary specializations at the Culinary Institute of America in Hyde Park, New York. “The basic formula is wheat- or rice flour–based, and can be as simple as adding water and salt.” Eggs and other ingredients may be added, he says.

Serving noodles is a great option for restaurant operators, Velie adds. “It’s value added because it’s filling, so you can get a giant plate of pasta and it doesn’t cost a lot.”

Market research firm Mintel reports that noodles were being served at 53 percent of limited-service restaurants during 2014’s second quarter. Although the number of pasta and noodle mentions on menus hasn’t changed much since 2011, Paul Pendola, manager of Mintel’s Menu Insights, says there’s been an increase in pasta side dishes. That gives operators “the opportunity to innovate around pasta and pasta sides, making sure consumers have a wider and more innovative selection,” he says.

Technomic reports that the number of quick-service and fast-casual restaurants serving noodles, along with the number of noodle menu items, has grown from 2009 to 2014.

“Noodles are pretty inexpensive for restaurants and consumers,” says Elizabeth Freier, an editor at the Chicago-based market research firm. “There’s a lot you can do with noodles, and you can incorporate plenty of varieties, both hot and cold.”

Not only do noodles come in various flours, but there are also dozens of shapes—thin, fat, short, long, wavy, and spiral, among others. There’s also pasta that comes with a health halo, such as whole-wheat and gluten-free, Freier says.

While noodle shapes are visually interesting, there are other important differences, in taste, texture, and the flour used.

“The thicker the noodle, the more the palate is hit by that flavor,” Velie says. In addition, “texture is part of taste, and people forget that.” In Chinese cooking, for instance, wide rice noodles add flavor and texture as they char while cooking in a wok. Rice noodles tend to be more difficult to make than wheat ones, Velie adds, because wheat contains gluten, which not only provides chewiness, but also elasticity, so size and shape are manipulated easily.

Most noodles in western countries are made with wheat flour, while it’s split nearly evenly in Asia between wheat in northern climates and rice in southern latitudes.

Pasta is by far the best known and loved European noodle in America. Many restaurants serve traditional favorites, like spaghetti and lasagna, although some are also looking for new varieties and ideas to remain fresh. At Fazoli’s, the menu has build-your-own pasta bowls with spaghetti, regular or whole-wheat penne, fettuccine, or ravioli, all cooked throughout the day, plus oven dishes that are “traditional with some twists,” says Jon Quinn, vice president of marketing.

“We look at what we’re trying to achieve,” he says. “What are the best noodles, sauces, and cheese to meet that concept?”

The Lexington, Kentucky–based chain of nearly 220 units has used different pastas in limited-time offerings, including sacchetti (pasta pouches) in a cheese-stuffed pasta line and cavatappi (spiral macaroni) in casseroles. The latter, in Signature Cheddar Alfredo Bites, has “one foot in mac and cheese, but a step more in premium,” Quinn says. “We wanted the sauce flavor that met that noodle type.”

The restaurant company put a significant amount of time into testing many types of pasta before settling on the rod-shaped capellini, which Bomberger says holds well, looks great in a bowl, and has a terrific taste with the various sauces and toppings that are offered. Piada has enacted steps to make sure the pasta is cooked correctly and avoids being mushy. “We spend a lot of time with our chefs on these procedures,” he says.

While pasta is America’s most common European noodle, there are others. For example, spaetzle, a small, free-form dumpling from central Europe, is featured with the popular chicken paprikash at Al’s Corner Restaurant in Barberton, Ohio, says owner Denny Gray.

Chinese-style cooking has been in the limited-service space for years, but a wide range of Asian quick-service eateries have popped up more recently serving various types of noodles, from Japanese ramen to Vietnamese pho.

“There are a lot of similarities in what’s known as Pan-Asian cooking, but there are distinct differences” in the noodles, sauces, and spices that are used, says James Clark, food and beverage manager at Austin, Texas–based Mama Fu’s Asian House. “Egg noodles are wheat-flour noodles made with eggs, similar to an Italian noodle,” he says, adding that they are the base for Chinese lo mein. “The family of rice noodles has a whole different taste and texture.”

Mama Fu’s pasta bowls, pad thai, and thai basil use a wider noodle, while thin ones are in the Vietnamese vermicelli salad, along with greens, cucumbers, bean sprouts, and seared chicken in hoisin sauce. Pho also has a bigger rice noodle.

Mama Fu’s Black Market menu features two rice vermicelli dishes: Tom Kha, a traditional Thai dish with a choice of a protein in a spiced coconut and chicken broth with vegetables, and Singapore noodles with a protein and vegetables in a spicy curry sauce.

“What the noodle does is help soak up the sauce and stand up to the wok,” he says, adding that the same noodle is used in the chain’s version of dan dan.

Must Have! The Restaurant’s Guide to Digital Marketing