Home Education How Coffee Can Reduce Risk of Diabetes 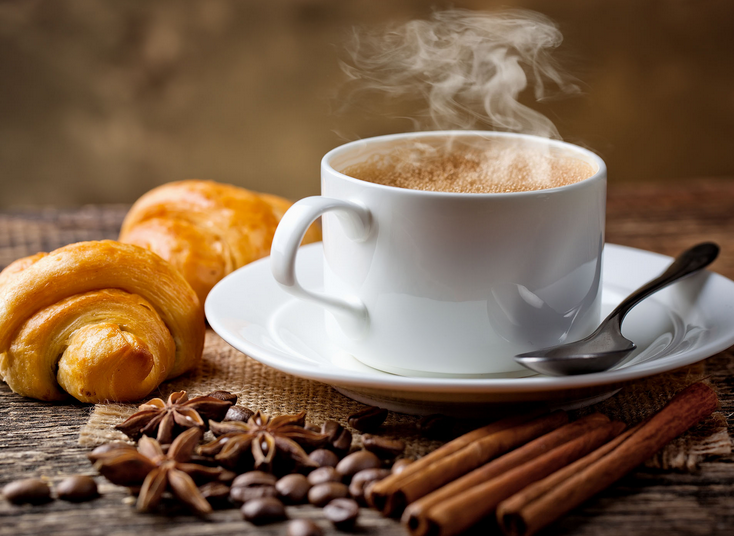 When you’re talking about coffee and reducing the potential type 2 diabetes risk, it’s important to note that we are talking about caffeinated coffee without any additions, like cream or sugar. While your corner coffee shop is selling a grande mocha latte, those types of drinks do not carry the same health benefits of plain, black coffee.

In this blog, we’ll discuss how caffeinated, black coffee affects your risk of developing type 2. In addition, we’ll talk about what you’re really drinking in your grande from the coffee shop and ways to make them healthier.

In a study published in the journal Diabetologia, increased consumption of coffee showed a reduced risk of developing type 2 diabetes. The risk reduction was rather significant.  Participants who increased their coffee consumption on average by one and a half cups per day showed an 11% reduction in risk. Participants who decreased their consumption of coffee by one cup or more showed a 17% higher risk for developing type 2 diabetes. It’s important to note this study evaluated thousands of people and followed them for four years.(1)

Individuals that had the highest rates of consumption (3 or more cups of coffee per day) had a 37% lower risk than the individuals that consumed the lowest amounts of coffee (less than one cup per day). (1) The study did mention that individuals with more complications such as cardiovascular disease, high cholesterol, high blood pressure, or cancer may be those that also consume lower amounts of coffee. However, even when certain cases of comorbidities were excluded, the results were similar. (1)

The takeaway from this is if you drink coffee regularly, and you have clearance from your doctor, it may be beneficial to increase your coffee consumption by another cup. I wouldn’t recommend drinking it all at once, and avoid putting in extra sugar and cream.

As mentioned earlier, coffee is a brewed drink that doesn’t have any additives. When we speak of increasing your coffee consumption, it should certainly be taken with this thought in mind: Many coffee shops specialize in extravagant, high-calorie, sugar and fat-laden monstrosities, and in order to reap the health benefits, coffee consumers should consider simplifying their drinks to make them plainer. Here are some quick tips to making you coffee healthier while still being able to enjoy it:

Every once in a while it’s okay to indulge in something extravagant, but as a general rule, try to lower the calories in your fancy coffee. In order to do so, use artificial sweeteners instead of sugar, reduce the amount of pumps you get in your brew, try low-fat or fat-free milk, top if off with cinnamon or cocoa, and remember to skip the whipped cream.

Eating right: the key to better health at every stage of life

8 Meals To Add In Your WFH Routines

Why is it feasible for the hoteliers to choose online booking...