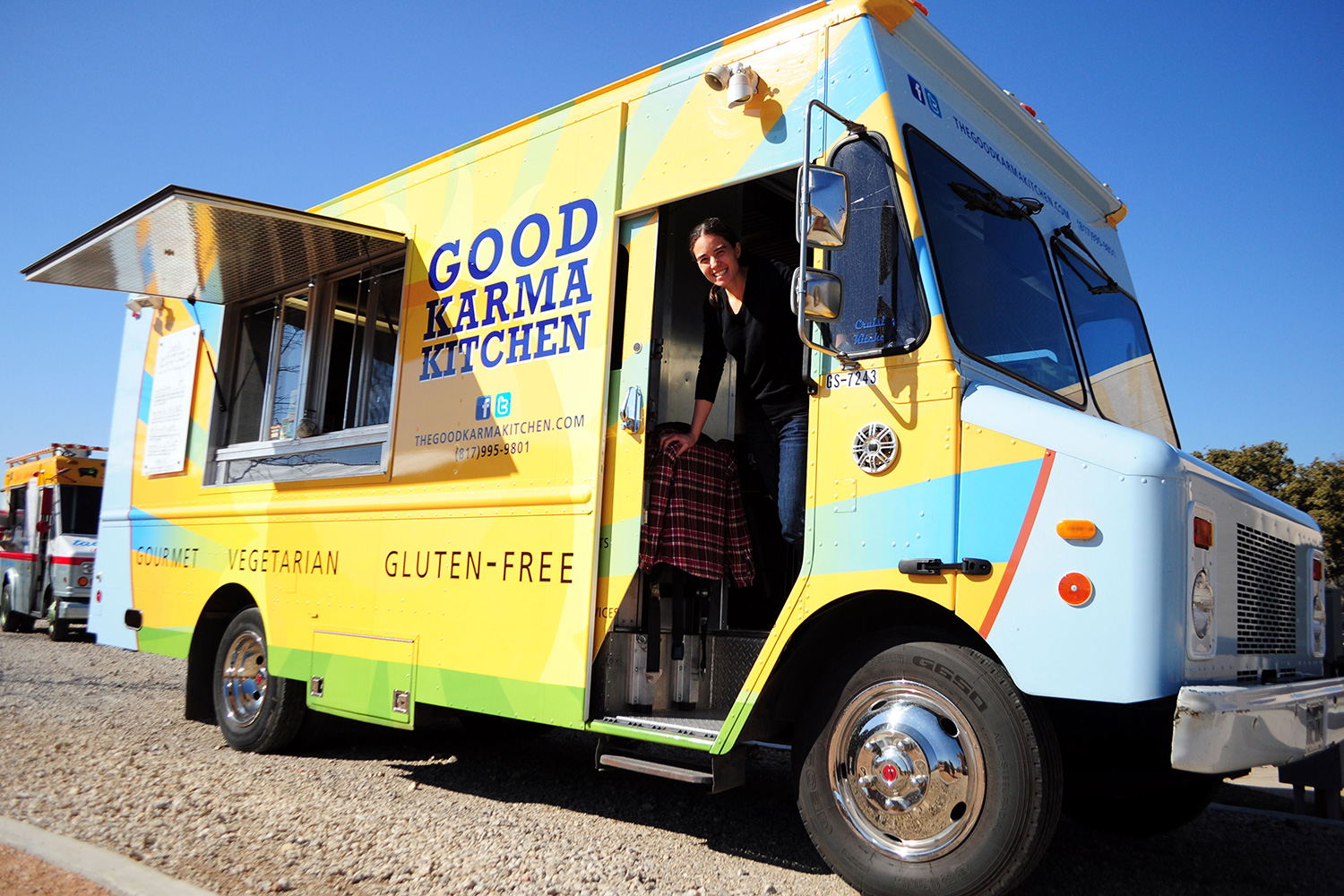 Snacking between meals has etched out its own niche, turning the tables on the traditional three-daypart model. The resulting shift in restaurant dayparts has quick-service operators working hard to attract snackers, especially those seeking healthy snacks to suit their active lifestyles.

Consumers are paying more attention to healthy menu items, according to the National Restaurant Association’s 2014 Restaurant Industry Forecast. Seventy-two percent of consumers say they are more likely to visit a restaurant with healthy items on the menu, according to the report.

Further, snacking now represents half of all eating occasions, according to the 2013 “Modern Eating: Cultural Roots, Daily Behaviors” report from market research firm The Hartman Group. More people are eating on the go, which means there’s a growing opportunity for restaurants to create menu items that are healthy enough to eat regularly, the report states.

In order to best serve consumers’ healthy snacking needs, though, restaurants need to understand what’s driving the broader snacking sector. According to the report, 73 percent of customers say snacking is physically driven, which includes satisfying hunger, supporting nutrition, and providing energy; 36 percent say it is driven by emotion, which can mean eating to create structure in the day or alleviate boredom, or as reward or encouragement; and 28 percent say it’s socially driven, either by people gathering around food without the commitment of a full meal or those sampling new types of foods and flavors. Finally, 27 percent say snacking is aimless, stemming simply from the constant availability of food and beverages.

“People shop like a grocery store,” Schulte says. Depending on whether they are interested in weight loss or are fit and active, she says, “a lot of people want healthy on the go. It’s quick, easy, and perfectly rationed. Healthy eating takes a lot of thought and preparation. We just took all the thought out of it.”

My Fit Foods offers nutritionally balanced snacks in a variety of styles. The most popular snack is the Picnic Time, which has sliced apples, almonds, dried cranberries, grapes, gluten-free almond crackers, and Monterey Jack cheese. There’s also the Protein Pack, with hardboiled egg, chicken, and hummus, and the Almond Butter Crunch, which has almond butter, apples, and celery sticks.

Chicago-based Freshii, a fast-casual concept with 110 restaurants in 60 cities, sees a lot of customers coming in mid-morning and after the lunch rush for fresh juices and natural snacks, says Alex Blair, spokesman and franchise owner.

“Post-gym, people come to us for our smoothies,” Blair says. “There’s a huge following for recovery [foods], and lots of customers are big on small, healthy meals. Often, we see the same customer several times a day.”

Freshii has experienced a huge surge in juicing, as people are looking to get raw, fresh fruits and vegetables into their diet. “Some people use it as a meal replacement, but the majority do it as an afternoon snack,” he says. “It’s an easy way to get in vegetables that are not a salad, or as a post-gym snack. We use a great probiotic yogurt and flash-frozen berries. We make some of the healthiest smoothies you can get. Our customers love it.”

It’s no accident Freshii has several locations near or in a gym. The store inside the Equinox gym in Chicago is its most successful, Blair says. A recently opened store in a residential Chicago neighborhood, which serves a lot of families with children, is also doing well. Across all dayparts, “snacking gets the biggest crowd,” Blair says. “There are always people in the store.”

“Protein bars have been incredibly popular,” Blair says. “We can’t keep them on the shelf.”

Lunch is the busiest daypart for Atlanta-based Tropical Smoothie Café, but the 3–5 p.m. timeframe is growing, says Lisa Wenda, Tropical Smoothie’s chief marketing officer. “We get lots of students after school and coworkers taking a break,” she says. “We’re seeing more people who are looking for that better-for-you brand, asking for healthier products.”

The brand, which sees a 50/50 split between smoothies and food, is experiencing significant growth, Wenda says. Along with smoothies, including the flagship Island Green smoothie—made with spinach, kale, mango, pineapple, and banana—Tropical Smoothie Café serves wraps, sandwiches, tacos, flatbreads, and salads, many of which are ordered as snacks.

“We’re playing with a lot of flavor combinations that are really crave-able. People are coming back for smaller portions because it was so good,” she says. Items like the Caribbean Luau flatbread, made with chicken, Mozzarella, pineapple, and Jamaican jerk sauce, and the Mojo Fish Taco with tilapia, romaine lettuce, cucumber salsa, and Mojo sauce, are low in calories and easy to eat on the run.

Wenda says 40 percent of customers who are buying food add a smoothie to their meal. Even when a customer comes in for lunch, he will take the smoothie with him and enjoy it throughout the day.

Green Leaf’s & Bananas is a New Jersey–based, side-by-side salad and yogurt fast-casual concept with several locations. Green Leaf’s offers made-to-order salads, as well as wraps and panini and specialty sandwiches. It also has snack-ready grab-and-go salads that “often times are eaten by parents while shopping in the malls where these are located, while their kids get frozen nonfat yogurt on a cone,” says Paula Doyle, vice president of marketing for parent company Villa Enterprises.

Bananas’ nonfat yogurt smoothies and parfaits can be ordered with fruit and granola, as well as with a boost of protein or omega 3. Popular with both morning and afternoon snackers, the Muscle Builder smoothie is made with peanut butter, strawberries, bananas, and an omega 3 boost.

The Frosties line is what sets Bananas apart from other fro-yo and smoothie concepts, Doyle says. The product is made simply with fruit and ice. “The most popular is our Super Fruit Frostie, with strawberries, pineapple, bananas, and coconut crème,” Doyle says, adding that it is especially nice for guests who can’t have dairy.

Packaged snacks not only provide healthy snack options for consumers, but they also provide a profitable add-on at the register, says Chris Mann, national director of foodservice for supplier KIND Snacks, which has products in brands including Smoothie King, Jamba Juice, and Au Bon Pain. He says quick-serve operators are aware that selling items like KIND bars will bring “that extra $2 on the ring.”

“Customers grab a smoothie at 10 o’clock, but they know they’ll need something to get them through to the next meal,” he says.

Mann says he can see healthy snacks taking off at more quick serves, either as a treat for adults or as part of kids’ meals. “We’re not following a trend, but providing a solution to making healthy choices,” he says.

Quick-serve and fast-casual restaurants are the top snacking choice for consumers age 26–30, who purchase snacks for immediate consumption, according to a report from the Culinary Visions Panel, a Chicago-based team providing food-focused consumer research.

The afternoon is when limited-service customers snack the most, the research shows. About 60 percent frequent their favorite quick-serve eateries in the late afternoon, while 40–50 percent do so in the early afternoon.

Doc Popcorn owners Renee and Rob Israel say they wish they’d known the ins and outs of dayparts when they started selling popcorn in 2003 and opened for business at 7 a.m. “People don’t eat popcorn in the morning,” Rob Israel says. “Seventy to 80 percent of business is from 1 to 6 p.m.”

Popcorn “stands alone as its own category in a way,” he says. “It’s unique in that it’s not in a food court, it’s not a meal replacement, and it’s not a dessert.” The Colorado-based concept has 93 units in more than 30 states, as well as in Mexico, Japan, and Puerto Rico.

The Israels say their product is motivated by health but driven by high-quality flavors. “We use a high-end, non-GMO kernel and infuse it with flavor,” Israel says. Using only corn oil, corn, and salt, Doc Popcorn creates a popcorn that’s very different from the typical movie theater variety, which uses hydrogenated oils, which are high in unhealthy saturated fat, Israel says.

There are 12–14 flavors at each shop, from Klassic Kettle and Sinfully Cinnamon to Triple White Cheddar and Hoppin’ Jalapeño. Customers are invited to mix any flavor combination. Cheddar with Jalapeño and Sweet Butter with Salt-N-Pepper are popular choices. There’s also the Suicide Mix, which combines every flavor.

The menu at Teriyaki Madness caters to people seeking a healthier and unique alternative to burgers, pizza, and sandwiches, says Rod Arreola, CEO and cofounder. Edamame is on the menu as a starter or appetizer, as it is in traditional Japanese restaurants. Because it’s served in a 12-ounce take-out box, customers often take leftovers to snack on the rest of the day.

“Our edamame is prepared very simply, boiled fresh and then lightly salted with sea salt,” Arreola says. “It is served warm and is very portable. It holds very well and can be eaten over several hours if wanted.”

The nutritional benefits of eating edamame, such as the high levels of protein and fiber, are advertised in the restaurant, he says. “I believe, in general, diners across the board are looking for healthier and more nutritious alternatives to the unhealthy options that the other fast-food concepts offer.”

Blood Pressure is a Silent Killer

What Are The Differences Between Electric And Gas Tandoors?