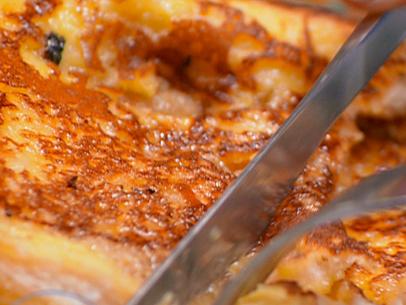 With more than 25 years in the culinary profession, Chef Robert Irvine has cooked his way through Europe, the Far East, the Caribbean and the Americas, in hotels and on the high seas. Robert brings his experience to Food Network as host of Restaurant: Impossible; he has been previously seen on Dinner: Impossible, Worst Cooks in America and Food Network Star’s Star Salvation, an original, exclusive Web series on FoodNetwork.com. In 2012, he appeared on the special Wedding: Impossible, in which he and his now-wife, Gail Kim, said “I do.”

Now in its sixth season, Restaurant: Impossible continues its successful run as one of the network’s most popular shows, with Robert attempting to save America’s most desperate restaurants from impending failure in just two days with only $10,000. During the course of each extreme mission, Robert assesses all of the restaurant’s facets and then overhauls its weakest spots by updating menus, retraining staff and implementing aesthetic changes with the help of his design team, before hitting the streets to tell the community about the improved restaurant.

A native of England, Robert joined the British Royal Navy at the age of 15, and his skills in the kitchen soon came to the attention of his superiors. As part of his service for the Royal Navy, Robert was selected to work aboard the Royal Yacht Britannia, where the royal family and its entourages regularly dined. During his time training U.S. Navy chefs as part of a guest chef program, Robert worked in the White House kitchens, and his creations were served to high-ranking government officials. During his career, he has also had the opportunity to serve 6,000 servicemen and women on a U.S. aircraft carrier and plan the menu for a celebrity-studded after-party at the Academy Awards. Robert is the author of two cookbooks, Mission: Cook! (Harper Collins, 2007) and Impossible to Easy (Harper Collins, 2010), and he owns and operates two restaurants in South Carolina, Robert Irvine’s eat! and Robert Irvine’s nosh.

Robert was previously on The Next Iron Chef: Super Chefs, where he competed against an all-star-caliber group of chefs, including Anne Burrell, Michael Chiarello, Elizabeth Falkner, Alex Guarnaschelli, Chuck Hughes, Beau MacMillan, Spike Mendelsohn, Marcus Samuelsson and Geoffrey Zakarian, for the title of The Next Iron Chef.

Below are the ingredients and directions for Robert’s French Toast…

In a small bowl, combine, cinnamon, nutmeg, and sugar and set aside briefly.

In a 10-inch or 12-inch skillet, melt butter over medium heat. Whisk together cinnamon mixture, eggs, milk, and vanilla and pour into a shallow container such as a pie plate. Dip bread in egg mixture. Fry slices until golden brown, then flip to cook the other side. Serve with syrup.