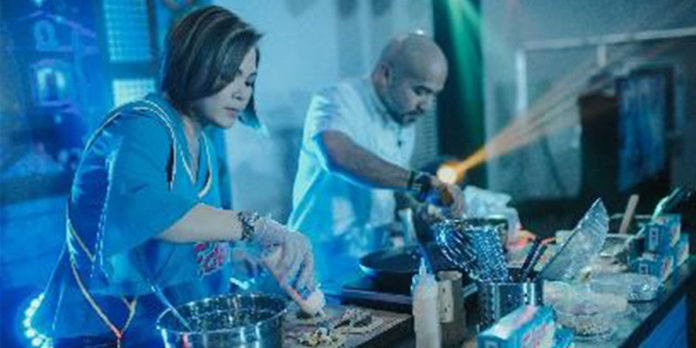 Eden Cheese successfully launched its Christmas campaign entitled #GiveGoodnessWithEden. The event took place at One Canvas Events Place in Makati City where the brand took the opportunity to introduce their latest ambassadors, Judy Ann Agoncillo-Santos, and renowned Chef JP Anglo. They also took the opportunity to spice up our favorite Christmas dishes such as Carbonara, Caldereta, and Leche Flan through an Eden cooking demo.

No matter what the situation is, the Filipino core value of Bayanihan always shines through. Bayanihan is shown when we help people we know as well as strangers. This is not only done with grand gestures, but also with small, heartfelt actions which inspire others to do the same. As an iconic brand which has been a witness of Filipinos’ remarkable spirit, Eden continues its campaign to #GiveGoodness.

This Christmas, we can start by sharing something good to people around us. With Eden’s delicious blend of cheese and milk taste, it can fill any dish with goodness and there is no better way to enjoy it than by sharing it with others. Eden has been part of Filipino families for decades and it aims to inspire the community. Despite the tough times where the cost of living may be on the rise, Eden believes that in the end, the naturally giving spirit of Filipinos or inherent Bayanihan will shine.

“Showing goodness does not have to mean making elaborate gestures. It can mean making heartfelt actions to share something good with the people in your life.  In today’s hectic and confusing world, we can all give a little goodness. This Christmas, Eden inspires everyone to give goodness – not just by filling people’s tummies, but by filling people’s hearts,” Anna Sapitan, the Category Manager for Meals of Mondelez Philippines, the maker of Eden Cheese, mused about the campaign.

Eden proudly continues the #GiveGoodness campaign as it symbolizes Eden’s commitment to the collective purpose of paying it forward by giving goodness.

The Benefits of Wheat Protein

Premium holiday stays for the family at the Marco Polo Ortigas...