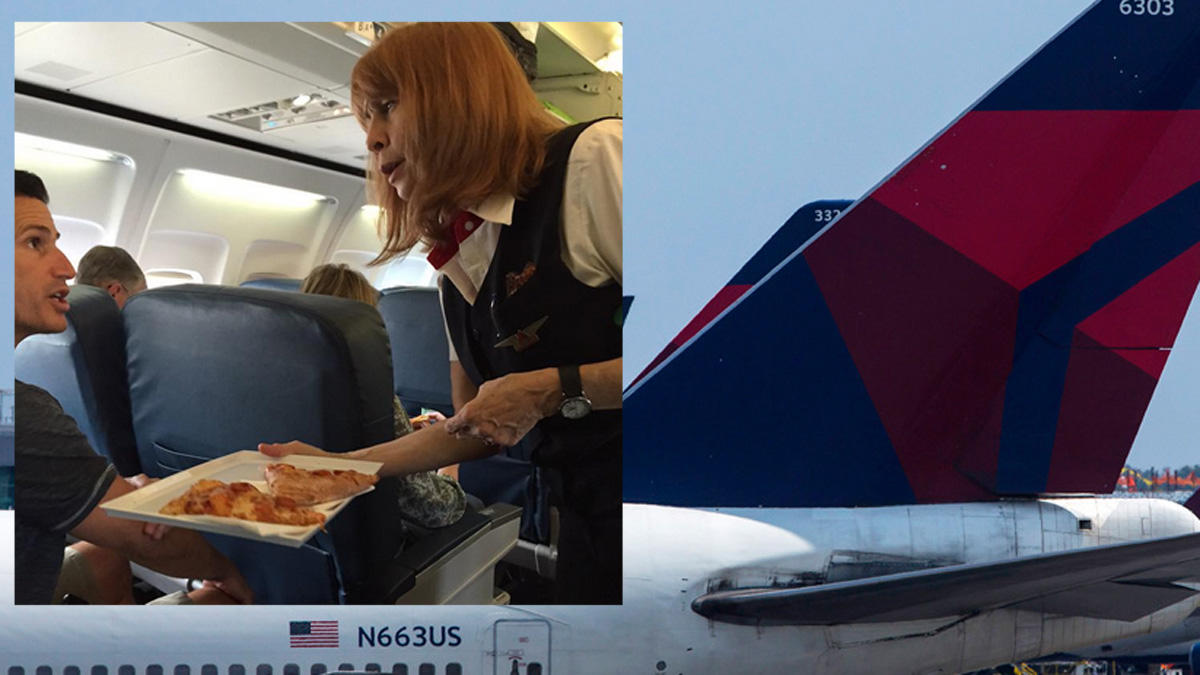 Passengers were treated to Marco’s Pizza when it was delivered right to their grounded plane in Knoxville, Tennessee.

Delta flight 561 was diverted on its path from Philadelphia to Atlanta and forced to land in Knoxville, Tennessee, to wait out bad weather. A few hours later, a surprised Ashley Akins—manager of a nearby Marco’s Pizza franchise—received an unusual order.

Following a call from flight attendants, Akins raced to have 40 pizzas delivered to the delayed plane. By the time the plane was ready to complete its journey, Marco’s had provided a total of 65 pizzas to the waiting passengers.

Marco’s spokesman John McCauley soon heard about the event while watching CNN and quickly dialed Akins to get the full story. Her actions didn’t only turn around a bad situation for the travelers, but they also generated unprecedented buzz for the Ohio-based company.

“We don’t have the ad budget of other major chains,” McCauley says. “We live and succeed totally by our grassroots efforts. We really aim to live local—to be in the communities, whether its schools, or churches, or Boy Scouts.”

Or, as the case may be, the local airport.

McCauley says he was proud of how Akins responded to the situation, adding that it exemplified Marco’s commitment to customer satisfaction.

“We’re a chain but we don’t act like one. Our franchisees act like independent operators. Our brand is more focused on showing instead of telling—we want to provide a good experience, not just advertise one,” McCauley says.

Marco’s mainly relies on word-of-mouth “buzz” marketing, and this provided a perfect moment for the brand to get the word out. The restaurant chain is known for its community involvement efforts, including its teacher appreciation program, which gives free pizza certificates to local educators. While these pizzas weren’t donated to Delta, McCauley is sure they were appreciated.

“I have to give kudos to the flight crew and Ashley for turning something negative into a positive,” he says.

Delta has yet to announce any plans to make pizza parties part of their standard policy for diverted and delayed flights.

ABOUT US
FoodFindsAsia.com is a collation of content to help grow your food business. If you're a foodie, you'll find tons of resources for you here, too. Should you want to contribute content, drop us an email.
Contact us: email@foodfindsasia.com
FOLLOW US
Copyright © Heartshaper Asia. All Rights Reserved 2016.
MORE STORIES
Customer Service

Why Restaurant Team Members Fail to Give Great Customer Service