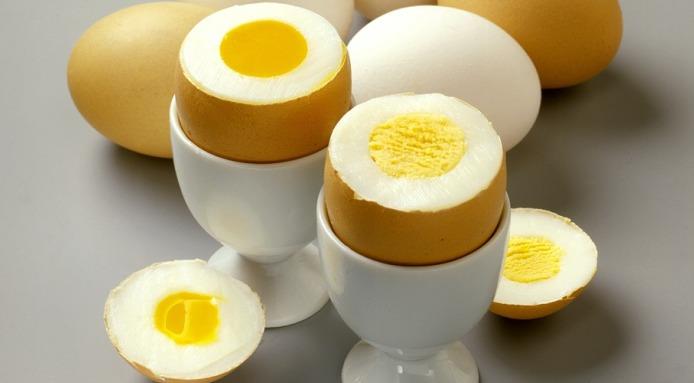 Scientists at the University of California Irvine have developed a revolutionary technique to un-boil eggs and return them to their original liquid state.

Eggs can’t be un-boiled, can they? Believe it or not, scientists at the University of California Irvine and Australian chemists have discovered a way to un-boil eggs and turn the solid whites into their previously liquid state.

“Yes, we have invented a way to unboil a hen egg,” Gregory Weiss, UCI professor of chemistry and molecular biology & biochemistry, said in a statement. “In our paper, we describe a device for pulling apart tangled proteins and allowing them to refold. We start with egg whites boiled for 20 minutes at 90 degrees Celsius and return a key protein in the egg to working order.” Their findings were published in the journal ChemBioChem.

Although this mind-blowing technique could revolutionize the food industry, it was developed to reduce the costs of cancer treatments. So how it is done? Here’s an excerpt from a UCI press release:

“To re-create a clear protein known as lysozyme once an egg has been boiled, he and his colleagues add a urea substance that chews away at the whites, liquefying the solid material. That’s half the process; at the molecular level, protein bits are still balled up into unusable masses. The scientists then employ a vortex fluid device, a high-powered machine designed by professor Colin Raston’s laboratory at South Australia’s Flinders University. Shear stress within thin, microfluidic films is applied to those tiny pieces, forcing them back into untangled, proper form.”

What Kinds of Technological Limit Tools Are Used In Education?

ABOUT US
FoodFindsAsia.com is a collation of content to help grow your food business. If you're a foodie, you'll find tons of resources for you here, too. Should you want to contribute content, drop us an email.
Contact us: email@foodfindsasia.com
FOLLOW US
Copyright © Heartshaper Asia. All Rights Reserved 2016.
MORE STORIES
Tech & Trends

Beat the Heat with Yummy Fruitsicles