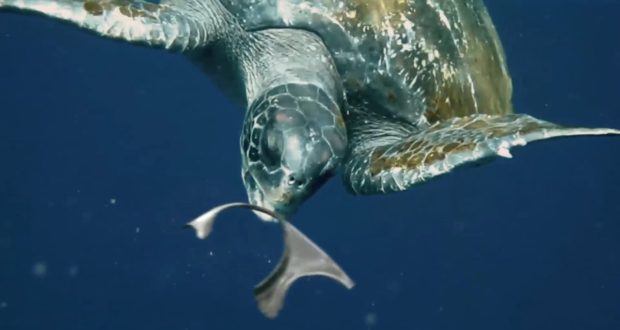 In a recent study conducted by Plymouth University researchers, almost 80 percent of marine animals that become entangled in plastic debris are either injured or worst, die.

There are two reasons for this.

Around 1.1 million sea animals become entrapped in plastic or ingest it and die,” marine biologist Mark Tolkulka explained to representatives from Saltwater Brewery. And that’s in just one year.

Saltwater Brewery’s beer-loving innovators decided to make a difference, and make a positive impact on the lives of our sea animal friends and, more so of the environment. They brainstormed and decided that its time for them to work on a project on saving marine animals.

Saltwater Brewery decided to make six-pack rings out of wheat and barley from the brewing process, they produce packaging that doubles as food for marine animals. These rings are biodegradable and they’re strong enough to get the job done. Beery ingenious way of saving marine animals, right?

Watch the video below.

These Edible Six-Pack Rings Could Save Lives

Education and Entrepreneurship: What is the Correlation Between the Two?

What is CBD Infused Food: Is It Healthy For You

MOS Burger Pop-Up on Jan. 15 and 16 to Give Taste of Things to Come Before First Branch Opens