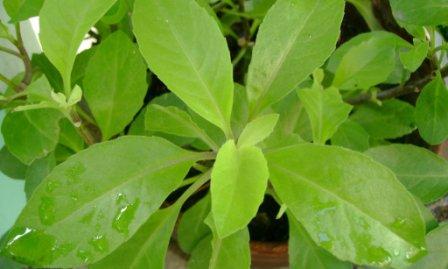 Do you still remember the cartoon fictional character Popeye the sailor man? His first public appearance was in 1929, the nine-year old Thimble Theater. 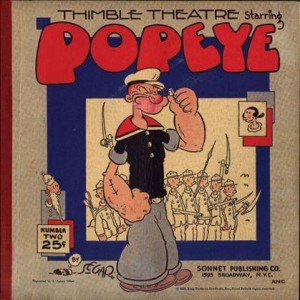 The character Popeye, is a good-guy underdog who loves spinach. Whenever his rivalry Brutus with bulging forearms, a mean uppercut, and a penchant for canned spinach. The only thing he loves more than spinach and the sea is his flighty, flirty girlfriend, Olive Oyl. 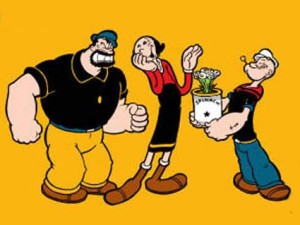 Two weeks ago, was privileged to be one of the audience of the Mabuhay Restop “Cook-a-Loka” show. A fun interactive cooking show of how to prepare Filipino meal. 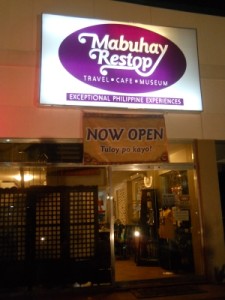 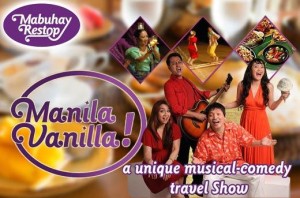 Cook-a-Loka is not an ordinary show since the Chef and his assistants will invite audiences to take part. And that time, a skit from the renowned Popeye the sailor man cartoon character was the star.

Chef Frito Sipsip Supsup played by stage actor Dio Marco asked his audience to join. His assistants played the role of Popeye and Olive. While one of the students from Madonna University played the role Brutus. 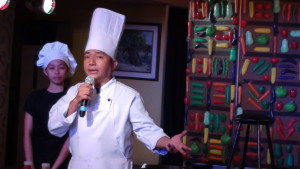 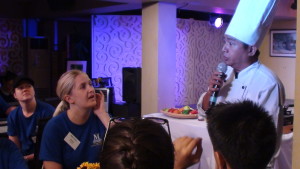 In the comic strip, spinach is Popeye’s source of energy, but in the show, it’s the healthy Ashitaba leaves.

Angelica keiskei or Ashitaba in Japan which means “Tomorrow’s Leaf” is a perennial plant that grow 50-120 cm height. It has medicinal properties that can cure different diseases.

According to the Japan Bio Science Laboratory (JBSL) and the US National Library of Medicine:

Of course I did not miss the chance of tasting it. I thought it will taste like a typical leaves. I was surprised that it has a sweet after-taste. It complements the salty taste of the golden egg. 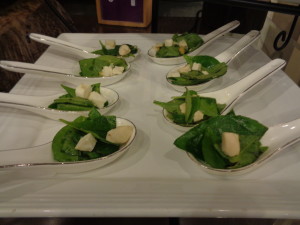 The golden egg is the same salted duck egg we buy in the market. Wondering why it’s golden? Because instead of using food coloring, they used turmeric ginger to make it organic and healthy.

All in all, the experience was superb. And Ashitaba leaves can be the local spinach that can make us strong like Popeye the sailor man. 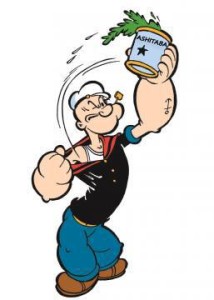 Bringing out the connoisseur in you