Home Features A Taste of Nationalism, Arts and Theater

“If a country lost her culture, she must have lost her identity.”

I have might learnt this on my socio-anthropology class in college but the truth is, this probably might be the worst thing that could happen to us.

We went to Luneta (Rizal Park) last week and and found some good food-in-a-show in“Cook-a-Loka” at the Mabuhay Restop. We were welcomed by the very accommodating General Manager, Billy de Jesus.

Dio Marco, who portrays singing Chef Frito Sipsip Supsup, educated the crowd on every dish on the dinner list and sings folk songs without a pitch missed and all tones in tune. The best part was that everybody had a hand in preparing the dishes.

Some even say it is as our national dish, as nothing beats Sinigang na baboy on rice, with fish sauce to taste. The sour soup was definitely refreshing.

Second on our list was Ashitaba Salad. Ashitaba is good for your health actually, and this time was paired with golden salted egg and coco vinegrette.

Then the Bicol Express, the food I am quite familiar with, caught my taste buds alright for it was made of siling haba (chili fingers) and was indeed very appetizing.

Lumpiang Shanghai (Fresh Spring Rolls) and Rellenong Bangus, (Stuffed Bangus), deep fried until golden brown, was next. With this dish you’ll definitely ask for a second round of rice. We then had the Palitaw and Mango Flambé for our dessert — a sure knockout.

While we were chatting with Billy, we asked her further about the restaurant.

She said that Mabuhay Restop is a social tourism enterprise of Gawad Kalinga (GK), founded by Atty. Rose Cabrera, one of the GK Champions, and seeks to promote social action and awareness while promoting and reliving Philippine Arts and Culture through production plays and shows. GK is a non-government organization helping those developing communities to have sustainable living. 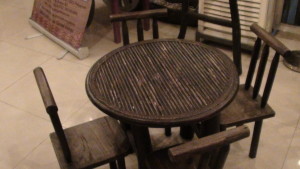 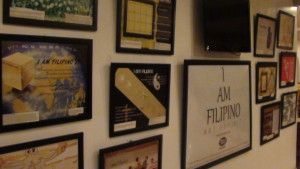 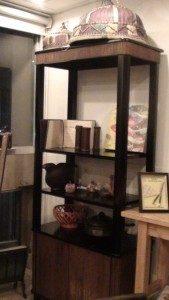 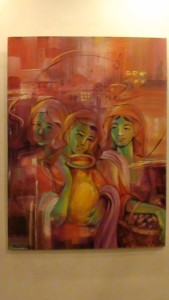 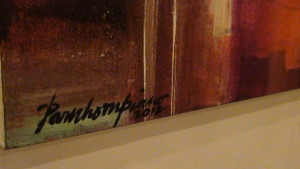 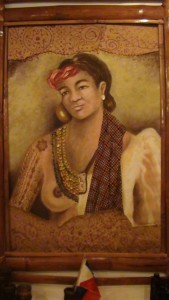 Mabuhay Restop was intended to be built in 2008 at Camarines Sur, since most of the partners were from there. It was just in 2012 that they pushed it to its realization and found itself in the heart of Manila, in Rizal Park.

They are also offering a different kind of so called volun’TOUR’ism for families, for students groups, teams and corporations. The tours can either be in Intramuros with its rich History, or at one of GK’s Community sites, like the Enchanted Farm, in Bulacan.

Not only that they serve good food but they also have an amazing production house for some live Filipino Entertainment.

You have “Cook-a-Loka”, the “Manila Vanilla”, showing Pinoy pop-culture, written by Nestor Torre, a renowed artist with many hit productions under his belt, the music of Ryan Cayabyab and “Laugh Out Loud,” one of the newer plays Nestor Torre has written, and so many others like “Mga Kwento ni Tita Beauty,” a sure hit for the kids and kids at heart.

Mabuhay Restop is just one of the many social enterprises of GK and they are committed to giving 30 percent of its revenues to GK Communities. So you’re not just filling your stomach, you’re getting your share of nationalism, social action and will be proud of your Pinoy identity.

7 Things to Know About Cover Crops

How to Choose the Right Baby Formula for the First Time?

Personal Branding: What does it mean to promote yourself?