Home How-To 8 Yacht Clubs and Marinas in the Philippines to Moor Your Boat... 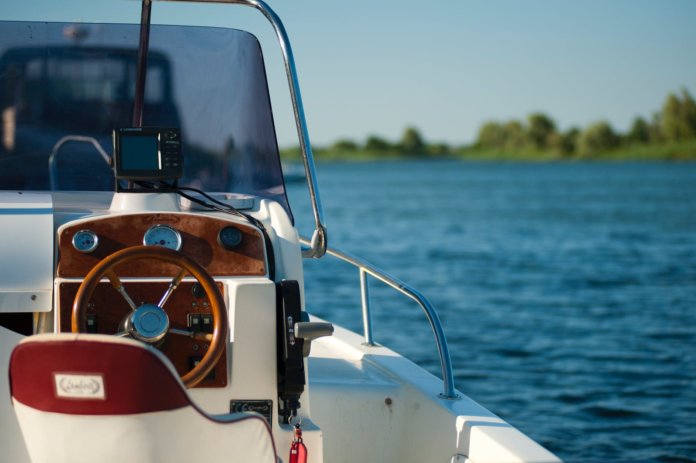 FoodfindsAsia.com | 8 Yacht Clubs and Marinas in the Philippines to Moor Your Boat In | Filipinos’ history as a maritime people date back to prehistoric times. In fact, the Philippines’ basic sociopolitical unit today, the barangay, traces its etymological origins to the balangay, the ancient outrigger boats that were used by precolonial Filipino communities to explore and conquer islands this side of the Pacific. As a people belonging to a seafaring culture, it’s no wonder that modern Filipinos are taking a retrospective look at their glorious past as Austronesian mariners and are developing a renewed love for the ocean and marinas as present-day yachtsmen.

Today, Philippine marinas look to accommodate more and more yachts and other pleasure watercrafts as the years go by. In 2017, an ASEAN Briefing op-ed piece named the Philippines as a country with high potential in yacht industry growth. The natural beauty of the Philippine islands and its fantastic bays, combined with a growing interest in leisurely sea travel, can explain the spike in yachting activities throughout the country.

Are you part of the demographic that’s become enamored of the yachting lifestyle? Do you want to know where in the country you can berth your watercraft? Leading sailboat and motorboat authority Europa Yachts is happy to enter the conversation, and recommends the following locations for discovering the Philippines through yachting. Here is a short list of clubs and marinas in the country, organized by island region.

Established in 1927, the Manila Yacht Club and Marina is one of the oldest yacht clubs in all of Asia, and is nestled in the scenic Manila Bay. It is also near other well-known landmarks in the city, such as the Cultural Center of the Philippines (CCP), the headquarters of the Philippine Navy, and the US Embassy. Facilities in the marina include a launching ramp and a fueling center, and the club itself is host to a restaurant and gorgeous function rooms. The Manila Yacht Club only welcomes visitors who arrive by boat, and it charges an initial security deposit of USD 750 upon arrival. Club membership is mandatory for medium and long-term mooring of boats.

The Subic Bay Yacht Club, which was founded in 1998, upholds itself as the country’s premier yacht club. It operates in the deepest bay in the country, and can host vessels well beyond 50 meters in length. Already benefitting from the innate beauty of the Zambales mountains surrounding it, the club hosts a number of other attractions, including its luxury accommodations, swimming pools, and its own movie theater, bowling alley, and nightclub. Those who venture outside of the club’s premises can also shop for well-priced imported goods at the Subic Freeport Zone, engage in water sports, or sign up for diving excursions.

Peaceful Punta Fuego is a mecca for those who love the sport of sailing. As per its official website, the Punta Fuego Yacht Club aims to serve “a dynamic and vibrant community of boat enthusiasts and yacht owners.” This it does by playing host to a diverse population of watercrafts, from large catamarans and mono-hull yachts to small boats. Non-members of the club may use the berths for up to 3 weeks, and can refuel at the marina’s fueling station. The yacht club offers other amenities such as locker rooms, shower rooms, Internet facilities, a chart room, and a restaurant called Barracuda Bar, which serves delicious fares. Outside of the yachting crowd, Punta Fuego Yacht Club also caters to those wishing to celebrate weddings, conferences, and corporate events in their opulent quarters.

Further south, yachtsmen may moor at the Puerto Galera Yacht Club in Oriental Mindoro, an island location that’s home to tourist attractions like the Sabang Wreck dive site, lively beachfront resorts, and the Malasimbo Music Festival. Puerto Galera Yacht Club has been in operation for almost thirty years and lends services such as refueling provisions and yacht repairs from its marina. Boat owners also enjoy optimal convenience if mooring here, as they can also shop for spare parts in the nearby Batangas port.

Beautiful Palawan is a bucket-list destination for many, especially those who dream of cruising its crystalline waters. Accommodating the yachting community in this island province is the Busuanga Yacht Club, which promises secure mooring amidst breathtaking white-sand beaches. Here, each vessel will benefit from a typhoon-safe harbor, easy refueling, and direct access to transportation hubs like the New Busuanga Airport. Adjoining this marina is the Puerta del Sol Bay Resort, which offers luxurious accommodations to visitors. When not atop the deck of a boat, travelers can also explore the lagoons and freshwater lakes of Coron, go shipwreck diving, or relax in the hot springs of Maquinit.

Iloilo Province is home to some of the country’s most beautiful old-world architecture, a flourishing ecotourism industry, and delectably fresh seafood cuisine. What will round off an unforgettable visit to Iloilo, however, is an excursion to the Iloilo Sailing Club on a leisure watercraft. The club accepts visitors and encourages membership in the case of medium and long-stay mooring. It also hosts a number of amenities and activities, including a dinghy storage, a beach bar and restaurant, and classes for those who want to learn about sailing. In recent months, the Iloilo Sailing Club has also been a convenient meet-up point for big maritime events, such as the Iloilo-Guimaras Paraw Regatta and the Seafarers’ Job Fair.

The historic Mactan Island in Cebu was the site of Portuguese explorer Ferdinand Magellan’s arrival in the Philippines. Now known as a commercial hub that hosts a prolific furniture and musical instruments industries, Mactan is also the location of the Cebu Yacht Club, an institution that is beloved by the locals. Aside from being an ideal spot to restock on much-needed fuel and supplies, the Cebu Yacht Club is also a trusted club to commission for boat repairs. There’s a good vibe in this club for everybody, as it sports both luxury accommodations and a waterfront strip of restaurants that laid-back diners can frequent.

The Holiday Oceanview Marina is a major attraction of Samal Island in Davao del Norte Province, one that welcomes Filipino and foreign yachtsmen alike to moor within its premises. The space is quite roomy, in fact, with 56 berths that can fit vessels up to 15 meters in length. The club also has a boat ramp that can accommodate boats up to 18 meters in length. The well-guarded and weather-safe marina is a gateway to some of Mindanao’s finest attractions, such as the Pearl Farm, Hagimit Falls, and Giant Clam Sanctuary.

There’s no better way to discover the Philippines from end to end than getting onboard a seaworthy vessel and going on a long cruise, with stops in some of the most beautiful places in the country. Find a safe harbor in any of these major clubs and marinas, and participate in the renaissance of sailing in the Philippines.

How to Cook with Sweet and Fit Stevia

ABOUT US
FoodFindsAsia.com is a collation of content to help grow your food business. If you're a foodie, you'll find tons of resources for you here, too. Should you want to contribute content, drop us an email.
Contact us: email@foodfindsasia.com
FOLLOW US
Copyright © Heartshaper Asia. All Rights Reserved 2016.
MORE STORIES
Hacks

A Guide On The Causes, Effects, And Prevention From Zero-Day Exploit

8 Factors That Ensure Growth To Your Business

How To Setup a Business Restaurant That People Will Love