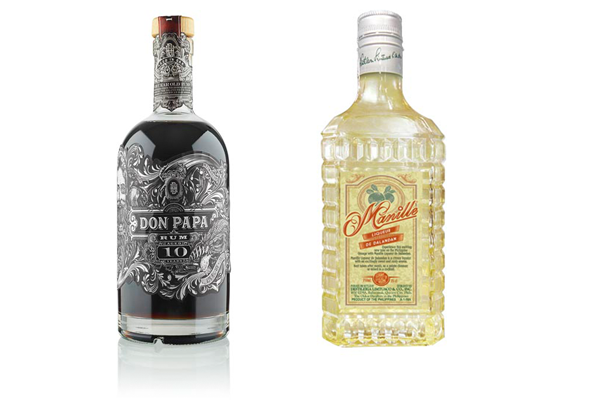 Just as we are about to cap off the year, two new homegrown liquors are introduced to the market, driving us to shelve the wine and gin bottles we planned on enjoying this festive season.

Following the success of Manille Liquer de Calamansi launched in early 2014, Desteleria Limtuaco & Co. releases a new variant that again puts the spotlight on a local fruit — the dalandan or Philippine orange. Like its predecessor, the Manille Liquer de Dalandan captures the essence of the citrus fruit in taste and aroma by using its rind. The vodka-based drink ends up having a sweet and zesty flavor that is perfect as a palate cleanser, a chilled shot, or an ingredient in cocktails or sweet and savory dishes.
COST: PHP400/bottle & PHP500 in tin can.
GRAB ONE: Convoy Marketing Corporation, +63 2 3614342 or purchase online via cmcestore.convoymktg.com.

There’s a new don in town and he’s much darker and bolder than its predecessor. Tagged as the super premium version of the Don Papa Rum, this limited-edition small-batch rum comes as a follow up to the much-loved product that Bleeding Heart Rum Corporation introduced two years ago. This variant is still distilled from the finest Negros sugarcanes, but this time around, it’s aged in re-charred American oak barrels, giving it that subtle hint of oak, matched with the robust flavors of dried fruits, cacao and vanilla. Serve as is, or on the rocks, and after dinner, to have everyone revved up for one fun night.
COST: PHP1850.
GRAB ONE: Ralph’s Wines and Spirits (G/L The Plaza LPL, Leviste St, Legazpi Village, Makati; +63 2 5015168) or Spirits or Kultura Filipino (2/F SM Annex Bldg, Ayala Center, Makati City; +63 2 8921027).

Level Up your Leadership with Francis Kong

How to Work with a Consultant While on a Budget