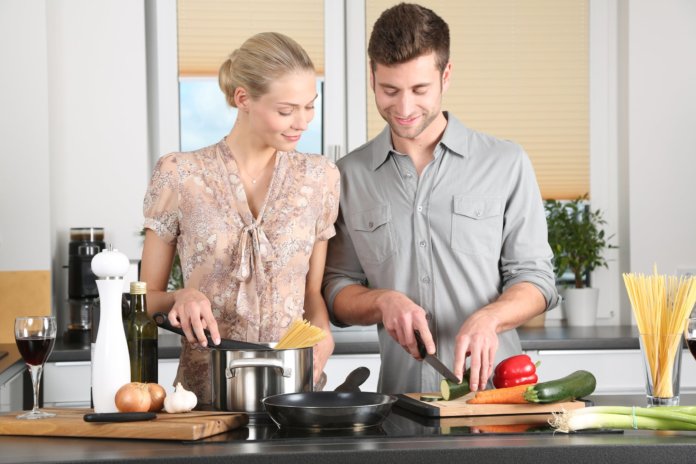 As a homemaker, it can be easy to get overwhelmed by chores when they stack up. You might also get irate when the chores take too long to finish, be it cooking food or preparing it. This explains why so-called kitchen hacks have become popular on the internet or social media. Yet, following such kitchen hacks can keep your food fresh and save you some time. Here are ten tips for you to use at home.

One thing that annoys many cooks would be cracking open eggs, only for the shells to be mixed with the yolk. When this happens, it can be a hassle to get each shell out of the yolk, especially the tiny ones. To solve this problem, homemakers can wet their finger and dip it in the yolk. Once you swirl your finger around, the eggshells should stick to it, thereby leaving your yolk free of any hard particles.

Cooking Food In The Dishwasher

Homemakers might not know this, but the dishwasher can be used for many things besides cleaning utensils. The temperature-heating feature that the appliance uses for washing cycles can actually be used for cooking food. Consolidated Food Service explains that you can put food in mason jars, then set a high-temperature wash cycle. When the timer dings, the food in the jars will be heated enough to be considered cooked.

Another dilemma would be chips that were left for consumption, only to be found soggy and not crispy anymore. This becomes a letdown if you’re having friends or family for a gathering and everyone’s expecting crispy snacks. Buying another bag of chips would be a potential waste of time when you can just make the soggy chips crispy again. To do this, place the soggy chips on a paper towel or napkin. Put another layer of the napkin on top and microwave the chips for 30 seconds.

Whenever delicate fish need to get grilled, they might fall apart and descend below the grill if you try to flip them over without providing any support. To keep the integrity of delicate fish like salmon or cream dory, you can create a carpet of sorts that can be placed under the food. Examples of things that can be used are lemon slices or corn husks. Once you place these under the fish, the latter should be grilled while staying whole. In the case of the lemon slices, they can give the fish some of their flavor and aroma, which becomes a perk of using the fruit.

Grated cheese is an ingredient in many recipes, such as macaroni or pizza. In order to grate properly, though, the cheese needs to not be soft. Otherwise, you’ll end up with poorly-grated cheese parts, which defeats the purpose of the ingredient. What you can do is put softened cheese in the freezer to harden it. After 30 minutes, it should be ready for grating.

Coffee grinders have other uses besides brewing coffee. You can use the appliance to make spices at home by grinding herbs, pepper, and other elements. This can be done thanks to the tool’s grinding mechanism, which can work with herbs and particles just as well as it does with coffee beans. By using a coffee grinder, you can come up with several homemade spice mixtures that can be used for barbecue rubs, stew seasoning, pasta, and the like.

Cooking soups or stew normally comes with a using a broth made from boiled meat and bones. Pork, beef, or chicken broth would then be used for these soups, which means having the fat and flavor of the meat in them. While this doesn’t bother some diners, others might have health conditions or lifestyles that require them from too much fat intake. In order to remove fat from your stew, you can use an ice cube that can be put into the soup. The ice cube helps you scoop fat out of the stew, thereby making it a healthier dish.

Fresh vegetables might get spoiled if not stored properly. This is the reason grocery shoppers are sometimes forced to use their greens and fruits immediately. There are times, however, that this simply cannot be done and you have to store the vegetables for later use. You can  prolong their freshness by storing them in a plastic airtight bag. To make sure the bag is airtight, fill it with air until it balloons then seal the top part tightly.

Keeping A Cutting Board From Sliding

Some homemakers might be using a cutting board placed on a slippery surface, which might cause it to slide. This is not only bothersome but dangerous as well since you’d be using cutlery. To stabilize the cutting board, place a wet paper towel or napkin below it. This kitchen hack not only saves your time in quickly cutting food but it also prevents you from injuries due to knife cuts.

Using The Hole Of A Cutting Board

Speaking of cutting boards, many people might be using them the wrong way. The oval hole on one side of the cutting board not only serves as space for letting you hang the board on a hook: it also serves as a hole wherein you can dump leftovers from sliced food. This way, you can separate the leftovers in one area instead of having to tilt the whole cutting board so the leftovers would fall unto a trash can.

If ever you need to bake banana bread or make other recipes that call for ripe variants of the fruit, you might face a problem if the bananas you have don’t feature that incredibly yellow color yet. In order to ripen bananas quickly, you can place them in the oven and set the timer to a few minutes. After being heated for 350 degrees, your bananas should be as good as ripe and ready for recipes.

Saving Time In The Kitchen

Kitchen hacks exist to make cooking, food prep, and similar tasks easier for today’s homemakers. Thanks to these tricks of the trade, you can have more time to do other chores at home and not fuss about kitchen tasks that would otherwise be cumbersome.

A Review On The Linksys WRT54G