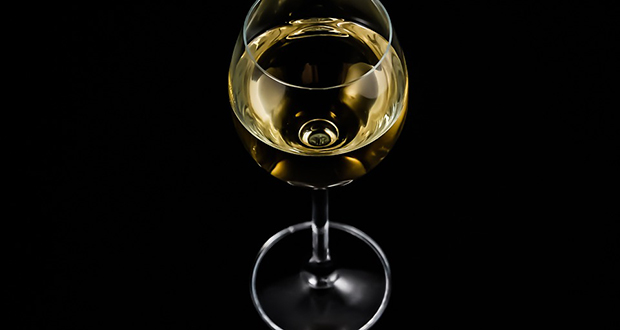 According to the 2011 World Health Organization report, Filipinos ranked as the top wine drinker in the whole Asian Region. The Filipinos love for drinking wine can also be traced in the country’s rich culture and tradition. The Philippines has a unique tradition of brewing, fermenting and drinking wines which are produced in the different parts of the country. Every region has its unique and exotic line of local wines and spirits which is rich in variety and flavors.

Tuba or coconut toddy is claimed to be the oldest recorded alcoholic drink in the Philippines. When the famous explorer Ferdinand Magellan and his men arrived in the country in March 17, 1521, it was believed that the natives offered them tuba as a welcome drink.

Locally known as ‘jungle wine’, tuba is a sweet, fresh or mildly fermented sap taken from tapping the young expanded flowers of coconut. It is made through a process of extracting the sap of an unopened coconut bud. The tip of the bud is lopped and the pale juice allowed filtering into bamboo containers.  From this juice comes a syrup concentrate for tuba.

Lambanog or coconut wine or vodka is the most popular alcoholic drink in the Southern Tagalog.  It is mostly produced in the Quezon Province, and selected provinces of Laguna and Batangas. It has certainly been passed down throughout generations of coconut plantation farmers.

This local wine is essentially processed tuba and well known for its strength that ordinarily carries regarding 80 to 90 proof alternatives. The procedure includes collecting the sap from the coconut flower, comparable to rubber tree tapping. The sap is then prepared and fermented to turn into tuba, then distilled to make lambanog.

Basi is a sugar cane wine made in Ilocos Noerte, chiefly in Naguilian where a Basi Festival is annualy held annually. The product has been produced and consumed since before the invasion of the Spaniards. However, declaration of Wine Monopoly by the Spanish government during the Spanish era literally disturbed and deprived the native producers.

Basi is made by fermenting boiled, freshly extracted, sugar cane juice. The juice is then boiled in barrels and stored in earthen clay jars called Burnay. Flavorings made of ground glutinous rice and duhat (java plum) bark or other fruits or barks is added after the juice has cooled. A dried powdered starter is used to start the fermentation. The mixture is left for up to three months to ferment and up to one year to age. The final product is a light brown color and has a sweet and a sour flavor.

Laksoy or palm liquour is distilled from the sap of a nipa palm. It is widely made and available in Caraga, Mindanao, where nipa palms abundantly grow along riverbanks. The palms are selected based on the maturity of their bough and fruit. The process involved in making laksoy is tedious and time-consuming.

The process starts with applying mud to the bough and fruit of the nipa palm once palm once every three days for a succession of six weeks. The mud will be scraped off later before cutting the bough. After cutting the bough, a salhod (bamboo container) is attached to whet the sap. The sap is thoroughly drained by slicing two to three millimeters off the cut-bough in the next five days. Fermentation will require the sap to be stored in a banga, an earthen-made jar, for two days. Longer fermentation will turn the sap into vinegar.

Tapuy or rice wine is a ceremonial wine served during special occasions which originated from the mountainous Cordillera region of the country. Its name is derived from “tapai” (ta-pie) or “tape” (ta-peh) which refers to the traditional fermented food found in most Southeast Asian countries. The rice wine is somehow sweet but leaves a persistent taste due to its 14% alcohol content.

It is a naturally fermented alcoholic drink made from pure glutinous rice or a combination (glutinous and non-glutinous) with onuad roots, ginger extract and powdered bubod. It is not diluted with water and has no sugar added. Traditional tapuy rice wine becomes sour after 2 to 5 days depending on the preparation method. Since it doesn’t have a long shelf life, the wine is not sold commercially.

The province of Cavite is now known as the coffee capital of the Philippines with nine (9) coffee-producing towns.  Excelsa coffee varieties are the most commonly grown in these towns. The first brewed coffee wine in the world is extracted from the finest coffee beans in the province with the combined agricultural wealth and historical tradition of wine making

Benguet is known for strawberries — be it strawberry jam or strawberry ice. Now the Strawberry Capital of the Philippines, La Trinidad, has added another creation in their One Town One Project (OTOP). The locally produced strawberry wine is certainly made from fresh fruits.

Palawan is considered the cashew capital of the country supplying 90 percent of the nut requirement. The abundance of cashew in the province of Palawan paved the way to processing and fermenting such into a unique cashew wine.

According to Department of Agriculture’s BAR Digest Magazine, “the technology involved the natural extraction of the juice from the cashew apple through osmotic process wherein the natural fibers and membranes of the pulp filter the undesirable organic components that are responsible for the astringent and acrid taste of the juice. The extracted juice is now the material use to produce wine. The wine is sparkling yellowish-brown when fermented from the juice extract of the cashew apple and becomes reddish-brown upon aging for more than a year. The developed technology for wine contains 10-12 percent of ethyl alcohol.”

Calamansi is considered as one of the major fruit crops in the Philippines, which is indigenous to the country. The juice extracted from its pulp can be processed into wine. Fermentation usually takes three to four weeks. The calamansi wine has a unique taste with its citrus flavor.

3 Things You Should Know About Wine Marinades

Your Ultimate Wine Guide to Every Occasion

Top 10 Classic Cocktails Еveryone Should Know How to Make

How to rejuvenate your skin with wine

3 Things You Should Know About Wine Marinades